Fixtures ripped out at Gravity and Newton’s at Time Square

Get in the know with GreenPort

Over 20 years later, we're getting a new Fatal Fury game

Who Are The "Other Members"? 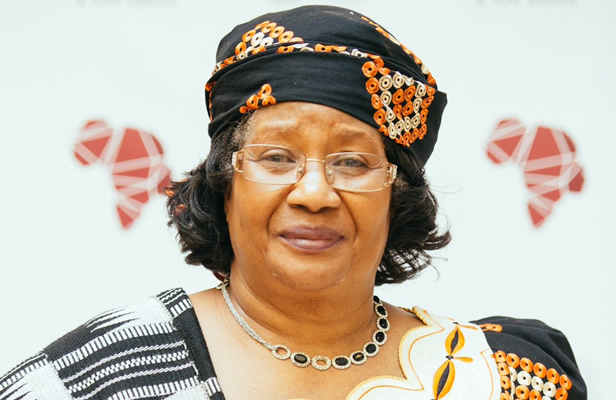 The fourth President of Malawi and second female democratically-elected President in Africa, Dr Joyce Banda, was hosted by ElectHER and Platform Capital to an evening on Thursday, July 21, 2022.

It is not an infringement or disturbance to the world order but rather it is about correcting what is fundamentally wrong with the current world order,” says the ex-President.She emphasised that it is about creating or having a new world order that is built on the principles of equality, fairness and inclusiveness and, accordingly and effectively, putting an end to the world order that is built and based on gender prejudices, predispositions and constructions.Related News Women group seeks reconsideration of gender bill Women group condemns lawmakers over rejected gender bills 2023: Women’s group backs Osinbajo, seeks Buhari’s support Banda, however, referred to three critical changes to create a feminine future: a shift in mindset to ensure that women at all levels understood that eradicating poverty that affected them was in their own hands; political will at all levels of government across Africa to pass laws that encouraged equal treatment for both men and women; and women economic empowerment and participation in leadership.’ The Founder and Chief Executive Officer of ElectHER, Ibijoke Faborode, noted that countries that had seen the election and representation of women at the highest political offices, had done so at the lowest point of their economies.

In her closing remark, Faborode led all guests to make a renewed public commitment to improving women’s participation in government, ensuring equality and representation of women in different walks of life, especially as Nigeria prepared for her next general election in February 2023.ElectHER is a party-agnostic non-governmental organisation committed to increasing representation of women in public life and politics, through Behavioral Change Communications, Community Building, Capacity Development, Tech Innovation and increased access to Social, Human, and Financial Capital.