The Latest: Jon Bon Jovi does what he can at Biden rally

Delicious Coca-Cola flavours you're probably missing out on

NASA collected asteroid dust, but it's leaking on its return journey

Study confirms CCPD building too small, lays groundwork for applying for future grants to pay for an upgrade

No longer a Shaw thingThe Roar 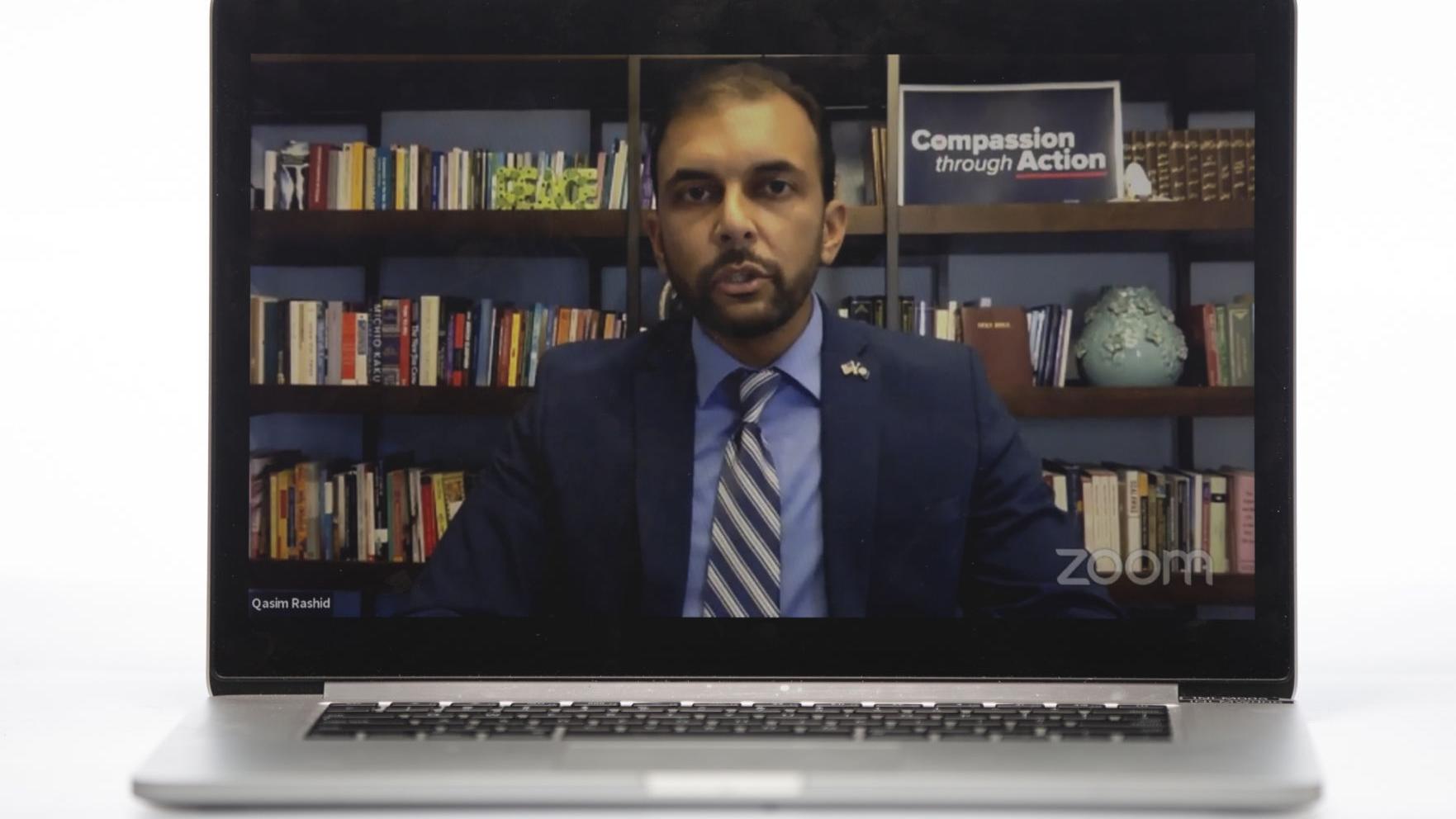 Rashid said he supports of The Heroes Act, a $3 trillion economic stimulus package which includes economic assistance to governments at the state, local, tribal, and territorial levels.Rashid said Wittman did not support the act.when there is a desperate need for working families, is simply beyond the pale of public service,” said Rashid.” Rashid said when Republicans had control of the House, Senate and the White House, they failed to deliver on healthcare.

“What is needed is comprehensive healthcare coverage that people can use,” said Rashid.On the environment, Wittman, a scientist by profession, said Rashid is pushing a “far left, socialist agenda with The Green New Deal,” introduced by Rep.

AG Barr calls own prosecutors 'headhunters'; 1 dead, hundreds rescued from Sally; a tie at the ACMs

With Big Ten reversal, Trump aims to score in battlegrounds

Walmart to raise wages, paying staff up to $30 an hour

FORUM 1: Constitution is reverting to just words on parchment

Voters flock to polls to cast their ballots early

COMMENTARY: Trump is reaching out to Hispanic community

Virginia's first lady visits Fredericksburg during Back to School tour

Most new virus cases occur when people relax precautions to be near others, health officials warn

COMMENTARY: As statues across the nation are torn down, a new one goes up

Word on the Street: What exactly is the church?

WATCH NOW: Artists program taking off at Shenandoah National Park, with an array of different talents

North Stafford couple embarks on venture to save wolfdogs

Book review: Root for the villain in 'Hench'

FREDERICKSBURG AREA WEATHER: Some sun today, but more rain is on the way

EDITORIAL: Fortunate to be aging well in Fredericksburg

Suspect charged in shooting that left one man dead in Fredericksburg

The Latest: Trump won't campaign in person for now

Stafford woman granted $250,000 bond was arrested in connection to her baby's death

Police say fight between brothers escalates to gunfire, leaves one dead in Stafford

PHOTOS: Riverside pumphouse-turned-home in Fredericksburg on market for $1,375,000

WATCH NOW: Backyard encounter with a black bear in Spotsy is a reminder to be smart and safe

Stafford restaurant has secret family recipe on the menu

GETTING THERE: VDOT taking aim at trashy roads

Word on the Street: We are all on a journey

In Virginia, typical COVID-19 hospital patient is 'older and sicker'

The Latest: Delta's winds rattle residents far from its core

Book review: Look at the world a different way after 'Whale Day'

FORUM 1: Wildfires are a climate-driven catastrophe

COMMENTARY: Having Judge Barrett on high court will be good for America women

Book review: At the center of this magical tale is love

EDITORIAL: On the rough road to economic recovery

Some colleges use punishment, others incentive, to encourage COVID testing

LETTER: Racial slurs have no place in King George

From loss to gain: Stafford woman drops almost 80 pounds so she can enlist in Marines

EDITORIAL: Public has a right to see criminal records

Autumn is here! Freshen up your fall reading list with 6 new paperbacks

Dahlgren's warfare center brings 40 percent of force back from teleworking

GETTING THERE: Demolition set this week for old U.S. 17 overpass on Interstate 95 in Stafford

Crowd gathers in Fredericksburg for 'We the People' rally

LETTER: Donnie is owed an apology

LETTER: What you'll get if you vote for Biden