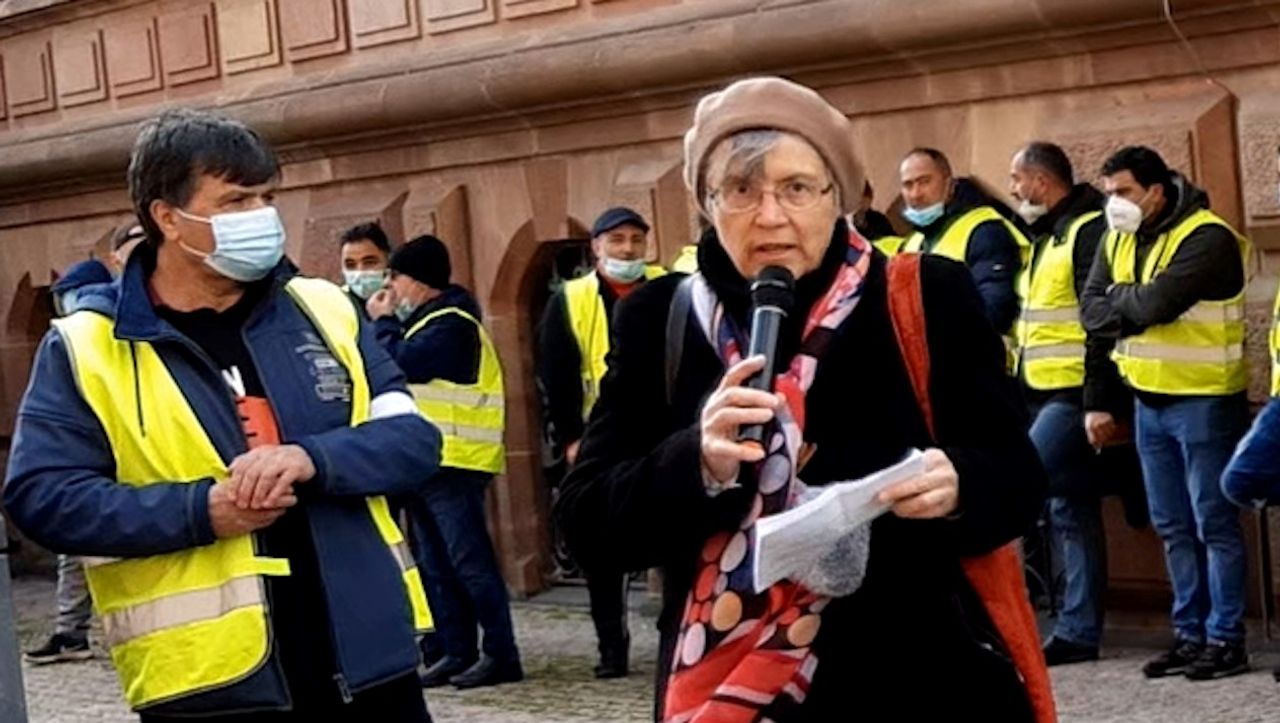 Sozialistische Gleichheitspartei (SGP) representative Marianne Arens spoke to around 200 ground workers from Frankfurt Airport who were protesting outside the Hesse state assembly against their arbitrary dismissal.

Around 200 ground workers from Frankfurt Airport took part in Tuesday’s rally in Wiesbaden in front of the Hesse state assembly to protest against their arbitrary dismissal.The workers who are demonstrating here at the Hesse state assembly are fighting like lions for their jobs.We do not put our hopes in the parties in the state assembly or the federal parliament.Here in front of the state assembly and the state government of Hesse, we can’t help but also think about the fascist murders the Christian Democrat-Green Party state executive is covering up and hiding: the murder of Walter Lübcke, the Hanau murders and the threatening emails from Frankfurt police officers to the lawyer Seda Başay-Yıldız that just won’t stop.