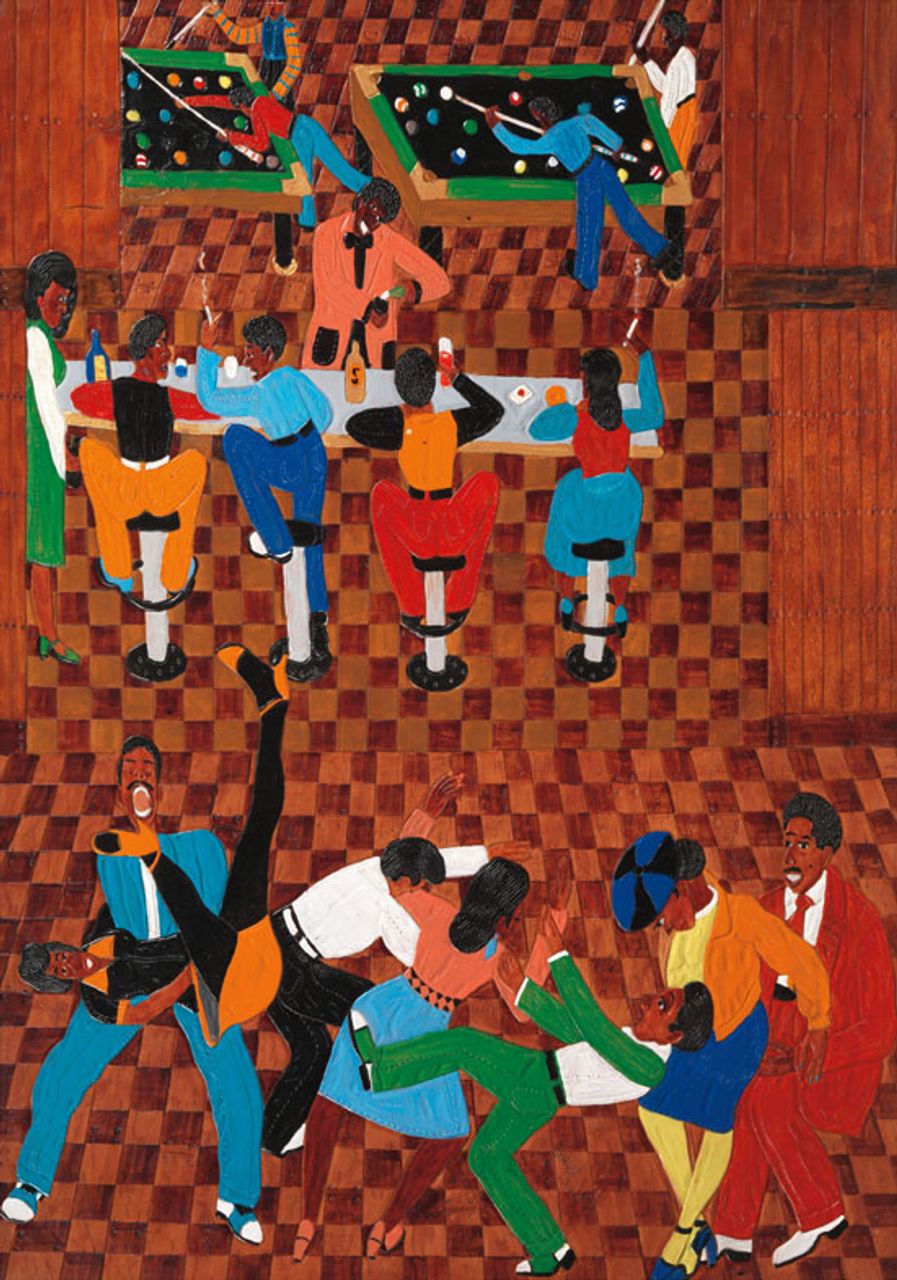 The artist was one of only a few who survived a threatened lynching. He went on to raise a family and develop his craft in following decades.

Released from prison, he married and moved with his wife to the North, settling first in Rochester, New York, later in Bridgeport, Connecticut and finally in New Haven, the home of Yale University.A solo exhibition was mounted in 2010 at the Adelson Galleries in New York City, and his carved and dyed leather works began to sell for between $15,000 and $80,000 each.The New York show was followed by a documentary film, All Me: T he Life and Times of Winfred Rembert (directed by Vivian Ducat), released in 2011, which brought Rembert’s story and his art to a far wider audience.There were exhibitions at the Hudson River Museum in Yonkers, outside of New York City; at the Greenville, South Carolina Art Museum; and elsewhere across the US.

At the age of 19, the young man joined a protest against segregation in nearby Americus, Georgia, the center of the well-known Americus Movement, the mass civil rights demonstrations against segregation and for the right to vote, initiated by the Student Non-Violent Coordinating Committee (SNCC) in 1963.The Americus Movement was part of the broader civil rights struggle that led to the passage of the Voting Rights Act in 1965.