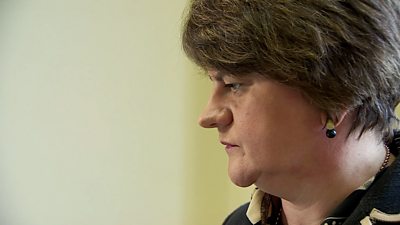 Mrs Foster is stepping down as DUP leader on 28 May and as NI first minister at the end of June.

Mrs Foster said she would step down as party leader on 28 May and as first minister at the end of June.She was the first woman and the youngest person to hold both jobs.