Mind control is NOT a conspiracy theory -- Puppet Masters -- Sott.net

How My Skin Wore My Grief 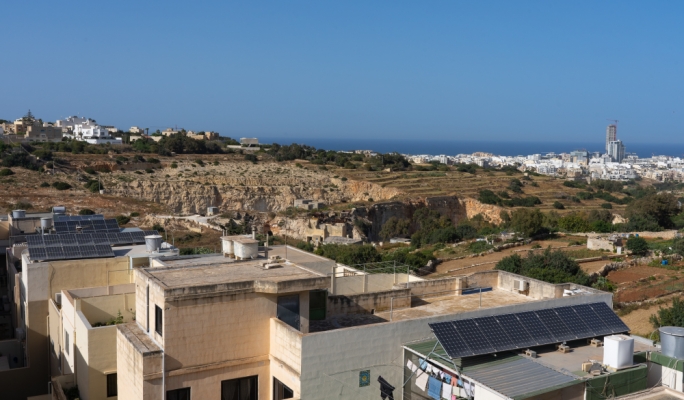 A new planning application has been presented proposing a phased restoration of a disused quarry in Wied Għomor for an 8,341sq.m warehousing facility for non-hazardous, white goods waste

The development, as proposed by quarry owner Lawrence Galea in plans submitted by architect Charles Buhagiar, also foresees the erection of solar panels on the roof of the warehouses, the excavation of the remaining hardstone material and the backfilling of the quarry.In its first reaction to the proposed development, the Environment and Resources Authority has welcomed the proposed backfilling of the quarry but expressed concern on the proposed after-use of the backfilled site as a waste storage facility, especially since parts of the site will be concreted to create a surface level whereby the storage structures can be erected.ERA warned that the construction of the storage facility will result in site formalisation and proliferation of built development in land that is both scheduled and outside the development zone.A new planning application has been presented proposing a phased restoration of a disused quarry in Wied Għomor for an 8,341sq.

The quarry lies directly within the watercourse and valley sides of Wied Għomor, an environmentally sensitive area characterised by maquis communities, a number of terraced fields and rural features.” ERA also warned of the presence of joints, fractures and a relatively friable weathered lithology especially in the upper limits at the quarry’s walls which may impact on its stability.

There is more to ‘community' than investment

The arts on prescription

Case of thrombosis found in patient that took COVID-19 vaccine

Art is not exactly valued by its ‘contribution to GDP’...

Protecting the victims of crime

Time to restore the earth through sustainable business practices

‘My worst habit is worrying about things, sometimes beyond my control’

‘Lives of the elderly not NAO’s concern’

Four perks of investing in bitcoin

After Moneyval, Bartolo accuses PN of using MEPs to ‘pick on small Malta’

[WATCH] €10 million investment in Bulebel will include new projects, expansions and infrastructure overhaul

Maltese man who contracted COVID-19 in India has died

FAA, Moviment Graffitti hit out at PA decision for hotel on Saqqajja hill

‘EU should be less confrontational with Russia’

Active cases down to 270, lowest since August

PN marks May 1st with pledge to workers

COVID-19 vaccination to be opened to over-30s

Abortion should be a choice in Malta

Starting small and flourishing: the digitalisation of SMEs

Around 150 youths fined for illegal parties over the weekend

The goose and the gander

Satire is about ‘punching up’… not down

Well, that’s one way to get public feedback

Economic Data to set the tone for the start of May

Birdlife wants ban on presence of minors during hunting

I criticised the individual not the institution

‘Steal a little and they throw you in jail…’

Look to the Planning Authority for pure business IQ in action

With no pitkala in sight, food agency takes over running of food market

There must be a clear understanding in a Prestanome arrangement

Corradino inmate who alleged ‘campaign of terror’, held in single cell under surveillance

Cash payments of €10,000 for gold, cars, boats and property no longer possible

Man pleads not guilty to possession of 87 cocaine sachets

[ANALYSIS] As election looms, will Abela raise or lower the bar?

Beyond Moneyval, vigilance must remain strong

Factory activity in the Eurozone surges to a record high

No conflict in appointment of ambassador to Ghana, Standards czar says

Worker grievously injured after falling off a scaffolding in Mellieha

their main concern is their children’s lives’

No masks at beaches or pools from 1 June

no show of force outside PN headquarters

Standing up for Malta and its people

‘Malta sells a dream of a modern country, then it goes up in flames’

One death and 12 new cases

Climate adaptation and the world of work

Chinese-made vaccine gets WHO approval

Strength of European democracies lies in engaging the voices of society

[WATCH] Vaccine naysayers say they are too young for the jab