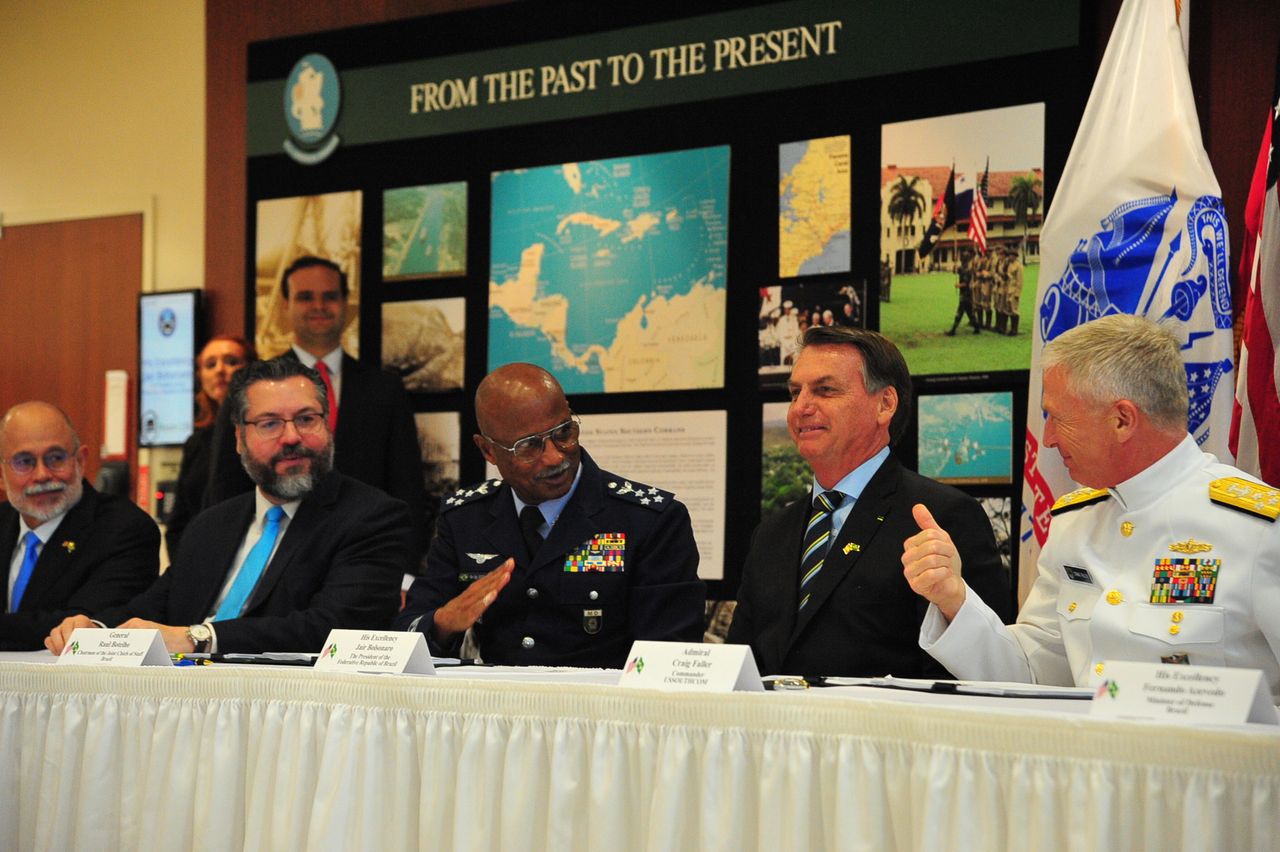 Adm. Craig Faller told the Senate Armed Services Committee that in the face of China’s growing economic dominance in Latin America, “our influence is eroding.”

Latin America has become the “front line” in a struggle against China’s challenge to US global hegemony, the commander of US Southern Command (SOUTHCOM), which oversees US military operations in the region, told the Senate Armed Services Committee Tuesday.The strongest evidence that Faller could provide of Chinese military intervention in Latin America was its giving away military gear to several countries and its invitation to Latin American personnel to attend military training programs which he alleged are “modeled after U.Posing the question as to what the Pentagon must do to counter China’s rising influence in Latin America, Admiral Faller declared, “To put it simply, we out compete bad guys by being good guys.” He cited Pentagon “human rights training and Women, Peace, and Security programs” in Latin America, laughable window dressing for a US military apparatus that has carried out more than a century of invasions, coup plots and bloody counterinsurgency campaigns, whose victims number at least in the hundreds of thousands.

He noted that Latin America, with roughly 8 percent of the world’s population, had suffered more than one fifth of COVID cases and deaths, and that “there will also be a significant socioeconomic impact on our neighbors for years to come.” China, he charged, is offering $1 billion in loans to finance purchases of the Sinovac vaccine with the alleged “insidious” aims of further indebting the region to Beijing and “exploiting the pandemic to advance its One Belt One Road (OBOR) initiative in trade, technology, and infrastructure.