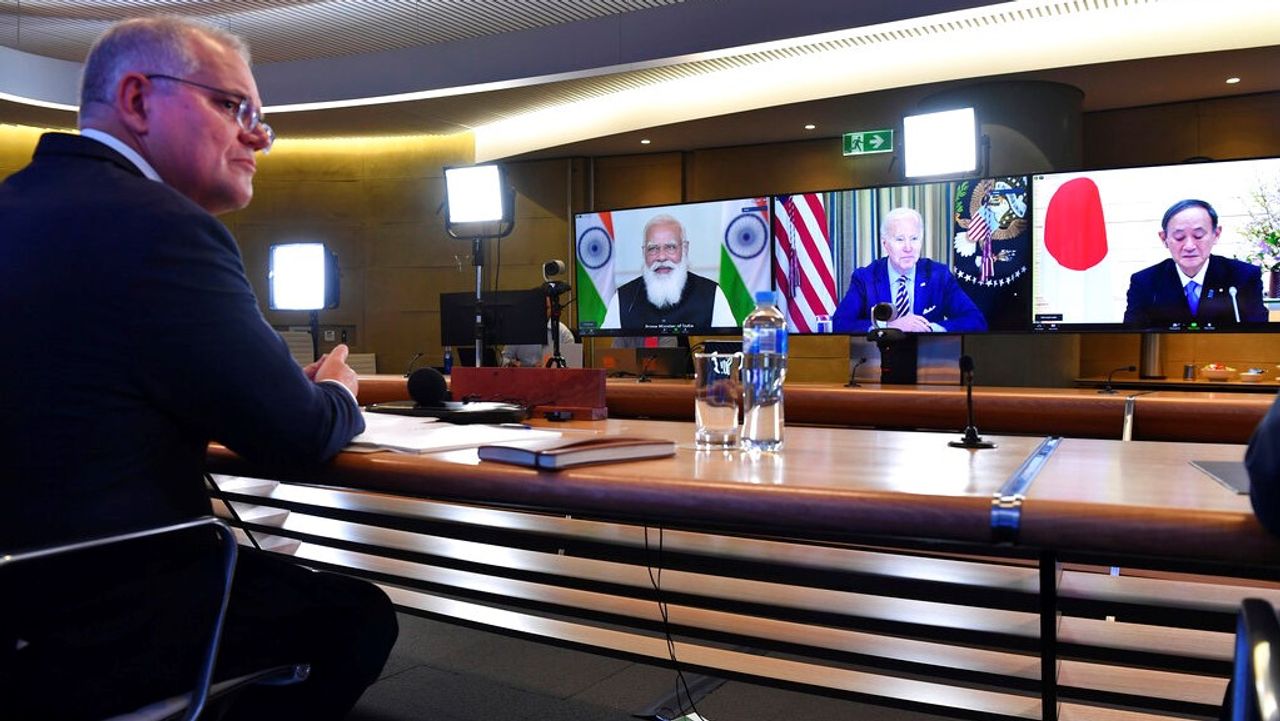 The meeting was presented publicly as concerned with COVID-19 and climate change, but its real purpose was unmistakable: to strengthen military ties to confront China throughout the Indo-Pacific and prepare for war.

Taiwan was another issue discussed at the Quad meeting.As he put it—the Quad meeting was “careful of its image” and “full of welcome positives,” but “make no mistake, countering China—and avoiding war—is the Quad’s existential purpose.Significantly, the Quad meeting also discussed the formation of a Critical and Emerging Technology Working Group to facilitate collaboration in hi-tech research and development, with a particular focus on telecommunications and securing “critical technology supply chains”—a key element in war preparations.The Quad meeting yesterday is just one step in an unfolding diplomatic, economic and strategic offensive against Beijing.

US President Joe Biden yesterday held the first-ever summit of the top-level leaders of the so-called “Quad” comprising the United States, Japan, Australia and India.The proposal for the manufacture of the vaccine doses in India, financed by the US and Japan, and with Australia assisting in distribution, is to counter what the US refers to in derogatory terms as China’s “vaccine diplomacy”—that is, the provision of vaccines to countries that have been unable to source them elsewhere.