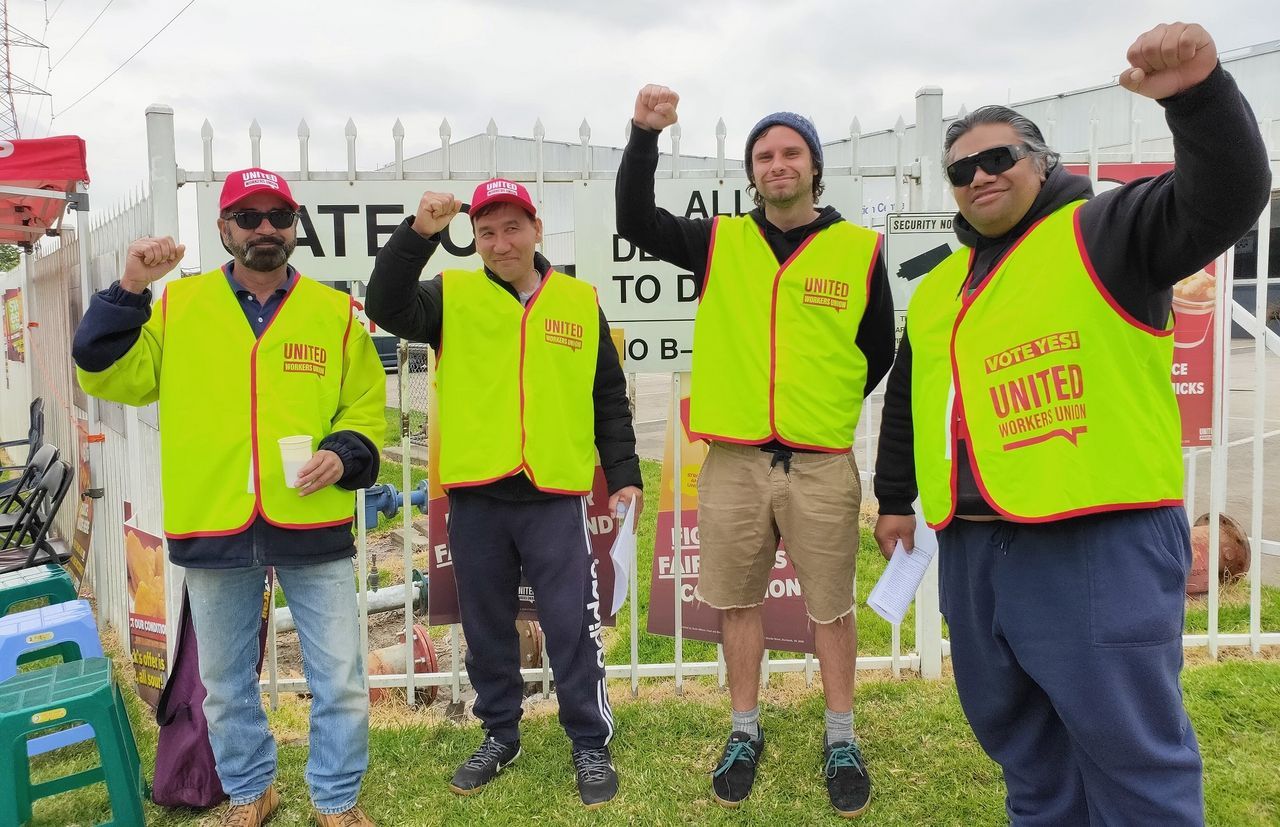 The union is seeking to limit opposition to a picket outside the factory, while begging management to “sit down” with UWU officials and “make a fair offer.”

” The UWU is reprising the role it played at Coles’ Smeaton Grange warehouse in southwestern Sydney.” As at Smeaton Grange, the UWU officials responded with intense hostility to the presence of WSWS reporters and Socialist Equality Party (SEP) campaigners at the picket.The officials were particularly opposed to any discussion of their recent betrayal at Smeaton Grange.In a striking expression of the contempt for workers among the privileged officials, one UWU organiser took exception to the WSWS’s exposure of the refusal of the union to provide the Smeaton Grange staff with strike pay during the lockout.