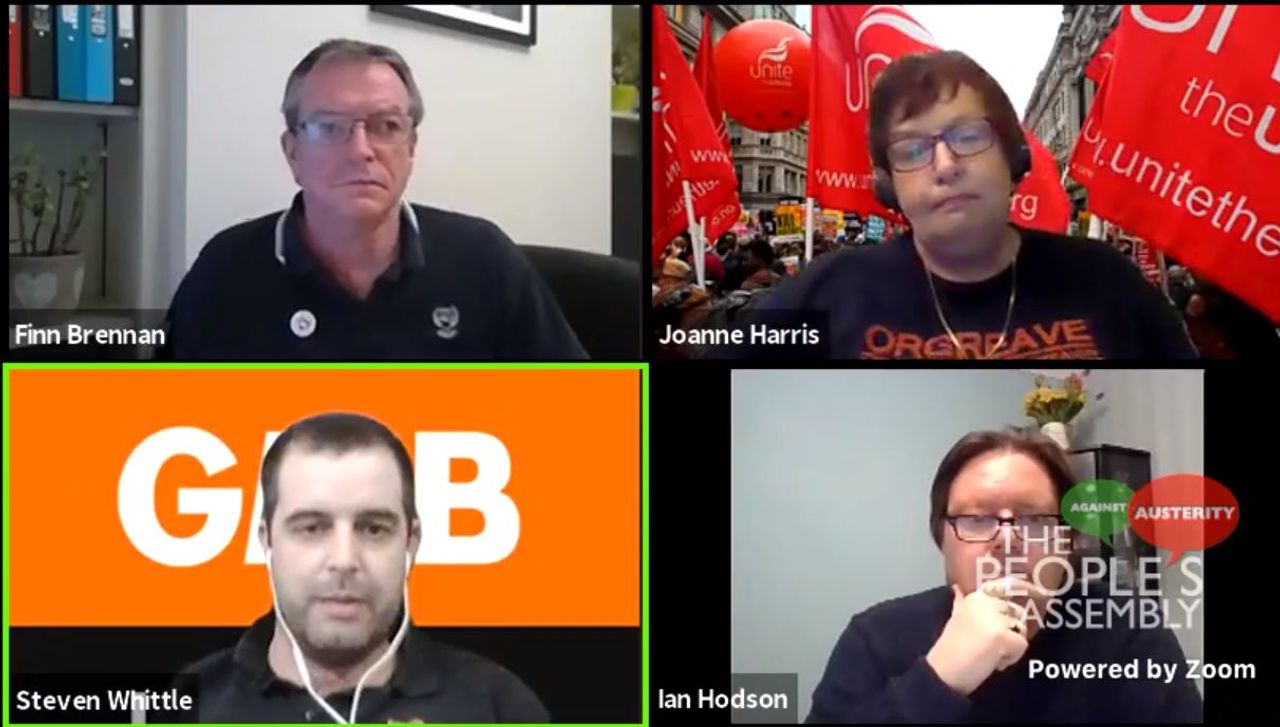 The nationalist and corporatist agenda of the pseudo-left was summed up by Ian Hodson of the Bakers and Allied Food Workers Union. What “this country needed is unity”, Hodson said.

Having been hailed as “essential workers” over the last year of the pandemic and forced to work in unsafe conditions, those employed by British Gas, the National Health Service (NHS) and in the transport sector are among many being rewarded with the imposition of “fire and rehire” contacts and de facto wage cuts.Steve Whittle, GMB rep for British Gas, described how the union suppressed opposition to management's “fire and rehire” before finally, in January, calling the present series of walkouts.5 percent”, May said, which was attached to “fire and rehire” contracts.” This means that, while thousands of workers at London's Heathrow airport are preparing for strike action against “fire and rehire”, the TUC is in an alliance with the employers behind the scenes.

With the ending of the Conservative government’s “final lockdown” as the pandemic continues to rage, several trade unions have been forced to organise ballots and even sanction walk-outs while working behind the scenes with the employers to impose the cuts demanded.The programme of the Labour and trade union bureaucracy is pro-capitalist and corporatist—based on the ever-closer integration of the trade unions into the structures of management and the state apparatus.