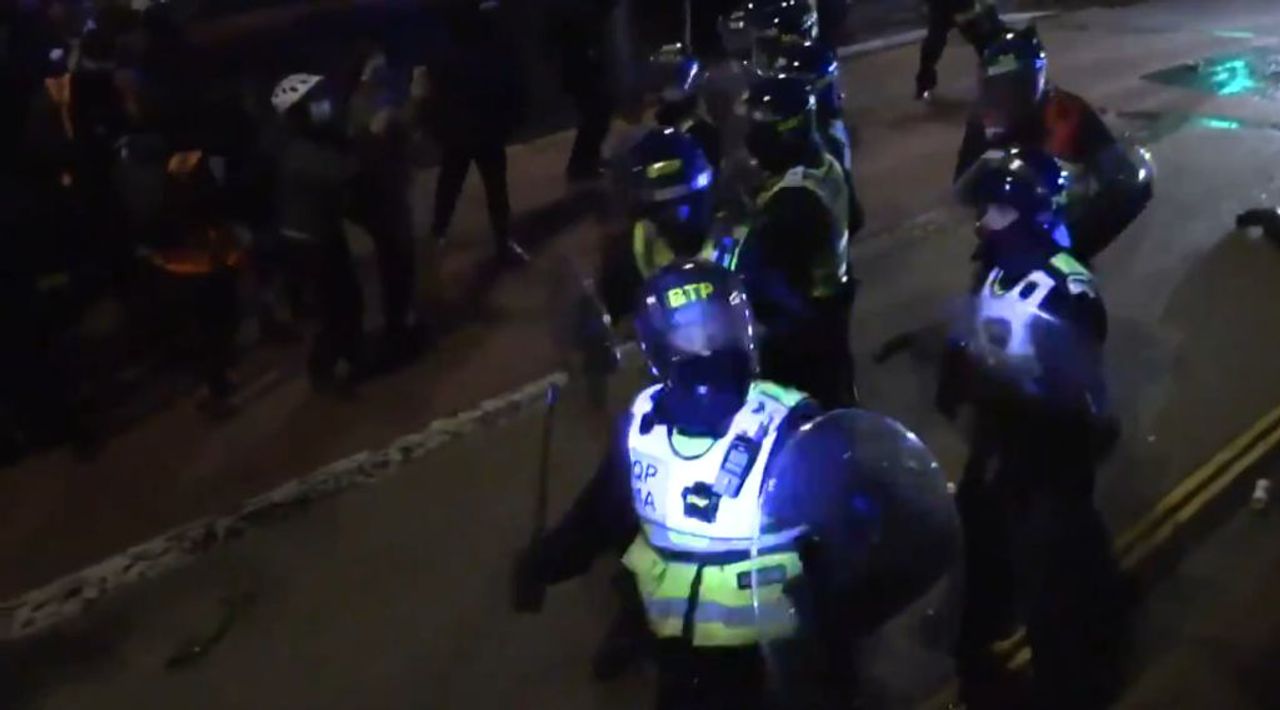 Demonstrations are routinely described as “violent” and protesters as a “mob”, but the real violence has been carried out by police against those defending their right to protest which face elimination if the Bill becomes law.

Last Monday, Avon and Somerset police, who oversee policing in Bristol, issued a statement claimed that “a total of 20 officers were assaulted or injured and two of them were taken to hospital after suffering broken bones.On Wednesday, another Avon and Somerset statement admitted that “following a full medical assessment of the two officers taken to hospital, neither were found to have suffered confirmed broken bones.” Head of Avon and Somerset Andy Marsh admitted that no police officer had suffered a punctured lung.Greater Manchester Police forcibly removed protesters and arrested 18 people between the ages of 17 and 27.

Legal observer Ciara Bartlam, a barrister, told the Manchester Evening News, “They [the police] told protesters to move and at that point, as soon as the command was given to move, the officers became heavy-handed and pushed protesters off quite physically—grabbing, lifting, throwing protesters off the tracks… ' As he did last week when police confronted anti-Police Bill demonstrators and when he spoke in favour of police breaking up a small protest of National Health Service workers earlier this month, Labour’s Mayor of Greater Manchester Andy Burnham said, “GMP had to manage a challenging situation carefully and we did not see a repeat of scenes seen in other parts of the country recently.” Sir Peter Fahy, the former chief constable of Greater Manchester Police, referred to the case of Ricky Tomlinson, one of the Shrewsbury 24 construction workers framed up by the police for their role in a 1972 national strike, amid a period of enormous working class struggles that ended in the bringing down of the Heath Conservative government.