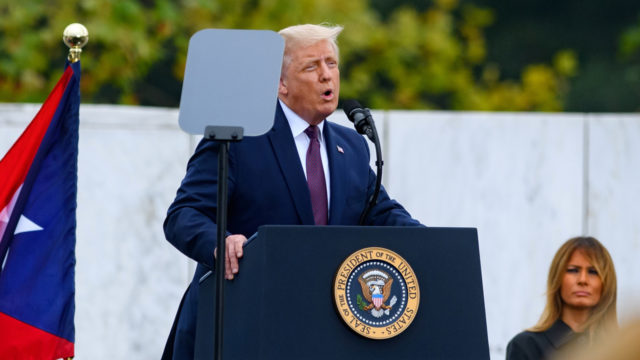 US President Donald Trump on Wednesday refused to guarantee that he will transfer power if he loses the November election, earning scorn from his Democratic challenger Joe Biden and even from within his own party.

Apparently referring to the increased use of mail-in ballots due to the coronavirus pandemic, he said: “You know that I’ve been complaining very strongly about the ballots and the ballots are a disaster.” Trump frequently claims that mail-in ballots are vulnerable to mass fraud and are being encouraged by Democrats to rig the election.With Trump and the Republicans mounting a series of court challenges against the use of mail-in ballots, the chances of a contested election result are considered high.Trump’s latest insistence that there cannot be a free and fair presidential election came as pressure mounts over his plan to put a new, right-leaning justice on the Supreme Court.