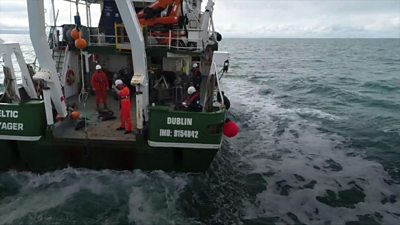 A new Loughs Agency project tracks fish as they make their way from Irish rivers out to the sea.