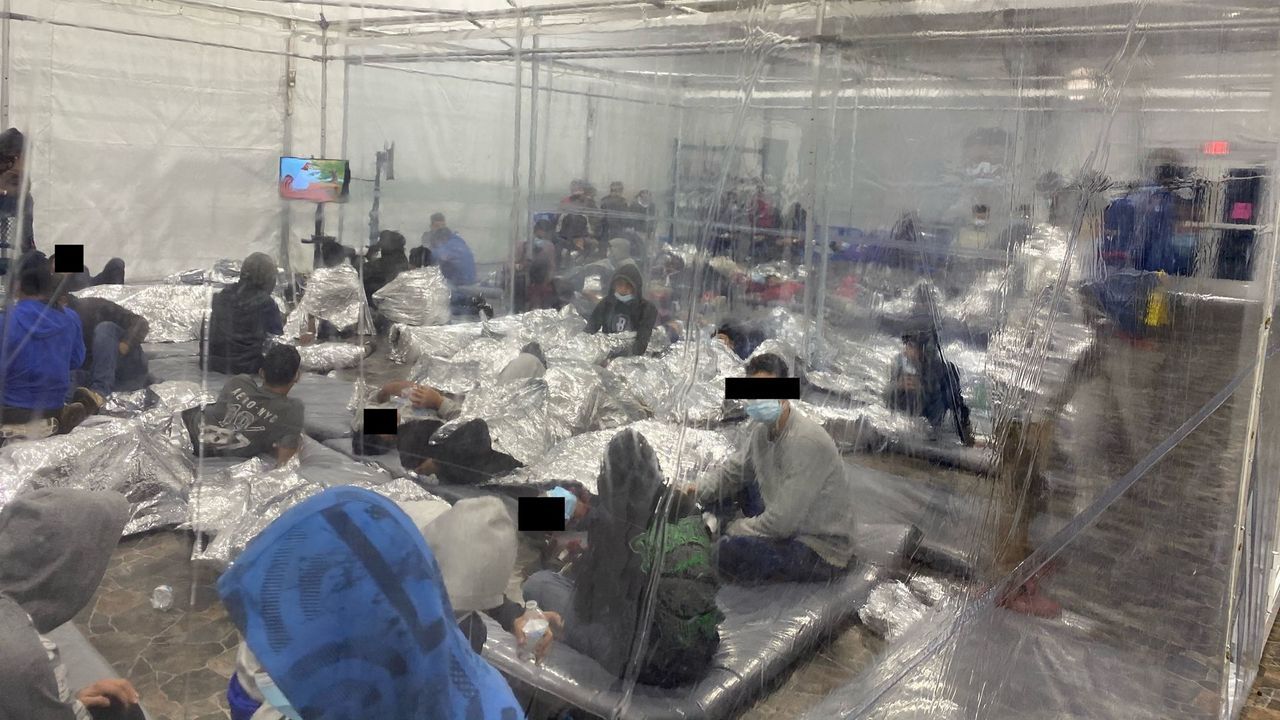 Children are being kept in eight “pods” consisting of 500 children each, crowded into cages lined with see-through plastic sheets at a Department of Homeland Security facility in Donna, Texas.