How Tata is betting big on online healthcare

In Spain, Abortions Are Legal, but Many Doctors Refuse to Perform Them

Liberals win again in west end in near repeat of 2019

U.S. Has Funded Over 250 Studies for Chinese Communist Military Researchers.

7 of 10 Singapore employers have no DE&I policies 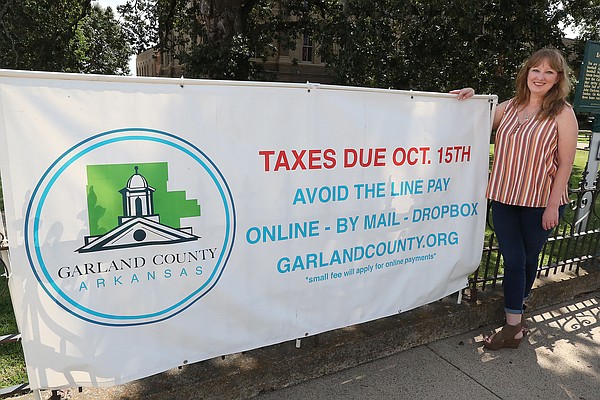 Bidders claimed about half of the more than 400 tax-delinquent parcels auctioned Sept. 2 at the Hot Springs Convention Center, the Commissioner of State Lands said Monday.

Bidders claimed about half of the more than 400 tax-delinquent parcels auctioned Sept.The commissioner said 93 bidders participated in the auction.

SAVE YOURSELF: Doctor, heal thyself financially; self-pay before anything else

The Nest a place to hatch ideas

Reaction on Toys 'R' Us muted

SAVE YOURSELF: Nudge is enough to break away from break-even living

Colton's set to reopen with a new owner

Tests seen as crucial for berries

Yellville to get Amazon delivery hub

Walmart to launch delivery service for other businesses

Capitol police back punishment in riot

Some doctors, nurses among covid misinformers

Louisianian open to review of police

Ida another blow for already beaten down

ICU, ventilator cases up in NW

VICTOR DAVIS HANSON: Will California get back on track?

As before 9/11, many top security jobs vacant

Hogs give Horns a taste of SEC

2 runs kick off for French presidency

OTHERS SAY: Mocking others isn't helping

British monarch offers her sympathies on 9/11

LETTERS TO THE EDITOR: Must invest in nation

Tropical Storm Nicholas to bring chance for rain in Arkansas

Arkansas man arrested after barricading himself with his children during 14-hour standoff, police say

Looking back at Arkansas' beatdown of Texas

No 'A' grade for Arkansas schools in college rankings

Book 'A Murder in Searcy' takes new look at 1974 killing, investigation and trials

Younger Wingo liked what he saw

Pittman, Arkansas moving on to GSU

Crowd reminder of another orange victory

SAVE YOURSELF: Secret to saving is plain: Don't believe your lying brain

Talley stands out during Siloam loss

WPS, sort of, for now

Retrial for Gilbert Baker on federal bribery charges set for May

Storm strengthens on way to Texas

Winston shows how he won over Saints

Remote learning no easy solution for some nations

No evidence of attacks on diplomats, Cuban scientists say

9/11 trial start at least year away

The murder of RFK was an assault on democracy; block parole of Sirhan Sirhan

Hutchinson says he would support challenge to federal vaccine mandate

Farmers' rice is first shipped from Arkansas to China

UAPB-UCA square off in resumption of old rivalry

Firm has credits to allocate

Game to be remembered must be forgotten

Cards in playoff spot after wild win over Mets

Bradshaw still a star with fans

Test of faith in exemption

Only on Bizarro World does the Afghanistan speech make sense

Kroger teams with Instacart to offer delivery in 30 minutes

The feds own the wildfire problem

Waste not, want not

Comic Macdonald dies of cancer at 61

U.K. puts off checks on food from EU

Gardener programis a chance to grow

They do run run

Business as usual for Wildcats

from shrimp and chicken to barbecued brisket

Ravens' defense gears up for clash with Mahomes

Eagles up for big test on Friday

China picks on the little guy, again, in fight over Taiwan's name

Prosecutor to announce Friday if Lonoke deputy should be charged in fatal shooting of Arkansas teen, Hunter Brittain

Call to China said to be 'reassurance'

No hint given as FDA nears 3rd-shot call

9 sent to jail in Hong Kong over Tiananmen Square vigil

Red China's ascendance must remind us what America stands for

The kids in Washington are wrecking the place

Letters to the editor and guest columns -Pine Bluff Commercial

Jones aims to remain perfect as QB against Washington

Pentagon reliance on contractors hurt U.S. in wars after 9/11

7 pumpkin patches in Central Arkansas to visit this fall

Covid outbreaks strand some students at home with minimal learning

Police arrest one after man shot in Fayetteville

Ford to hire 450 to build e-pickup

SEC teams to start feeling the burn of losing

Hogs get a jump on triple option

Blowing in the wind

State taking up to 98 Afghans

70% of population in China reported as fully vaccinated

Young Americans in Eureka, plus live music all over NWA

When we look around us, what do we see?

Comedian Cheech Marin back on board with Hot Springs' St. Patrick's Day Parade

Oil from Iran arrives in Lebanon

Get off our lawn

These lives matter, too

Film about fungi, native herbs and more at Crystal Bridges

A lesson from Mayberry

Rogers man gets 8 years in prison in DWI crash

Blytheville man sentenced to life in prison for 2019 murder

Arkansas offer one of several highlights for 5-star during visit

This week in Arkansas news

State's covid hospitalizations fall back below 1,000

Vine relative of morning glories is pretty, but can be unruly

U.S. Steel looks at state for $3B mill

Castillo strikes out 10 to send Reds past Dodgers

Stocks slump on Wall Street, give up gains for week

Strange brews up big plays with special teams for CAC

Quechua language endures in Peru despite centuries of discrimination

U.S. to step up Haitian deportations

Golden Lions to take on Bears

Police gear up for rally at Capitol

Beautification group is on the chopping block

Trump is toxic for GOP

Heavy police presence as protesters trickle in for D.C. rally

Time to put Texas on back-burner

Songwriter only tells stories he can believe

CB to You brings museum to surrounding communities

How to increase Little Rock's revenue

Yet more reasons to get vaccinated

Our statewide devotion to dogs

Primed to grow, Home BancShares off to a Happy start in Texas

Cash is king for pandemic newlyweds

Versatility on display for Clary

A Little Rock intersection's sordid past

How does garden grow? Pretty well

Texan convicted of killing couple who were buried

DEAR ABBY: Is it OK to date exes, even after couples are divorced?

Wonder of the Seas to make Florida debut

He inadvertently steered right up to her heart

Workers look different as they wander back to the office

LET'S TALK: Is the bot revolution upon us?

Irene Hale became one of the first female Elks

'Twindemic' is feared from covid-19 and flu

Rogue antibody could be cause of long covid, UAMS study finds

ON BOOKS: Vanderslice's 'Nous Nous' a meditation on what it means to be trapped

The mirage of self-awareness

Bitcoin developer gets a bronze bust

A battle of MVPs

It's go time for conference play

'Average' Aggies next up for Hogs

Scheduling oddities an issue for SEC

Greaves, one of England's greatest scorers, dies at 81

READ TO ME: Dirty little girl saves the day and obeys Mom, too

WORK DAZE: Pulling down a fatter paycheck is as easy as choosing the correct job ... right?

Loss felt from elimination of only dance degree program in Arkansas

Try for citizenship legislation in doubt

Weather hampers bid to save sequoias

Recalling the recall in California

Trainer jet crashes near Fort Worth

Welfare as we knew it

Texan convicted of killing couple who were buried near Van Buren

How Arkansas officials, businesses have responded to Biden’s vaccine mandate

Ward officer awake, talking after being struck by a vehicle, mayor says

Camden man sentenced to life in deaths of girlfriend, her son