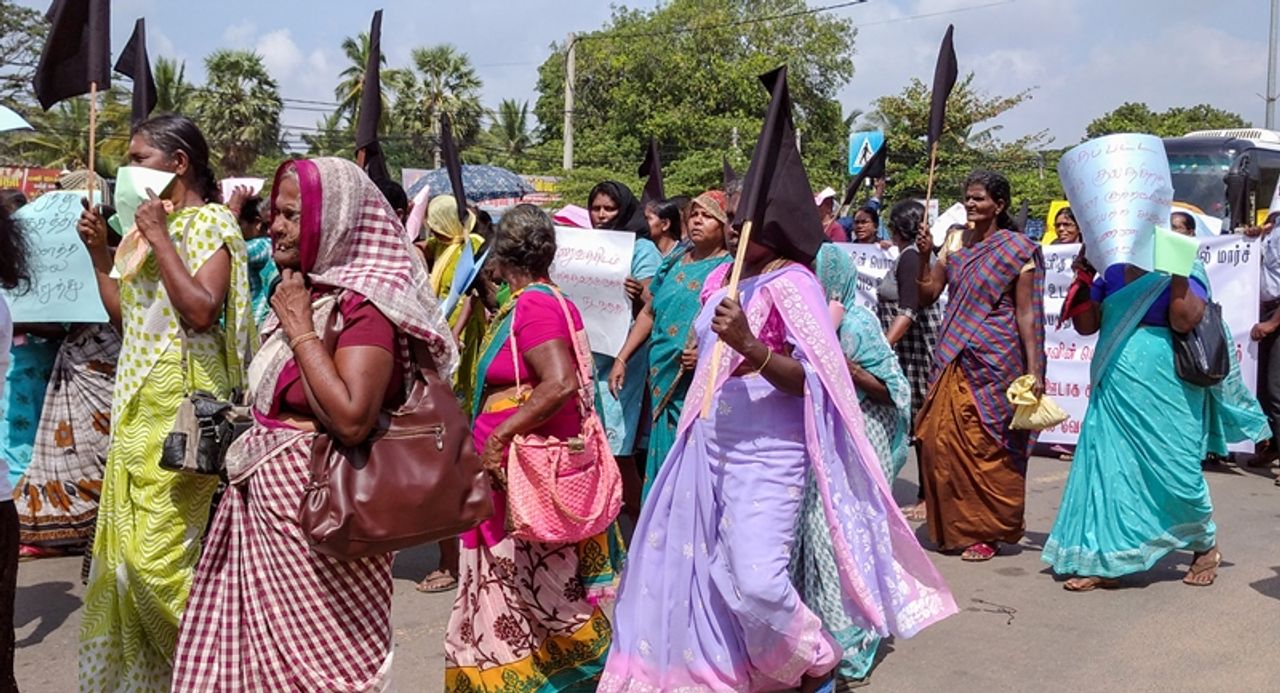 Notwithstanding minor differences over an investigation of Colombo’s war crimes, the Tamil elite has aligned itself with Washington’s aggressive stance against China.

Tamil nationalist parties in Sri Lanka have been campaigning to “strengthen” a war crimes resolution being presented by the “Core Group on Sri Lanka” to the UN Human Rights Council (UNHRC) currently meeting in Geneva.The resolution, which passed yesterday, was promoted behind the scenes by the US, with support from the UK and the Sri Lankan Tamil parties, and also calls for reversal of Sri Lanka’s anti-democratic laws.Washington’s primary aim is to ensure that strategically-located Sri Lanka breaks relations with Beijing and remains actively engaged in US war preparations against China.Several of Sri Lanka’s bourgeois Tamil parties have called for the Core Group resolution to include a proposal that Sri Lanka be referred to the International Criminal Court (ICC) as suggested in UNHR Commissioner General Michelle Bachelet’s report last month.

The Tamil National Alliance (TNA) fully backs the Core Group resolution, while the Tamil National People’s Front (TNPF) and the Tamil People’s Alliance (TPA) claim it is not strong enough and call for Sri Lanka to be referred to the ICC.Sumanthiran told a north Jaffna meeting on March 8 that the resolution “should be prepared in such a way that it wins the support of member countries, [and] to keep Sri Lanka under supervision for the next two years.