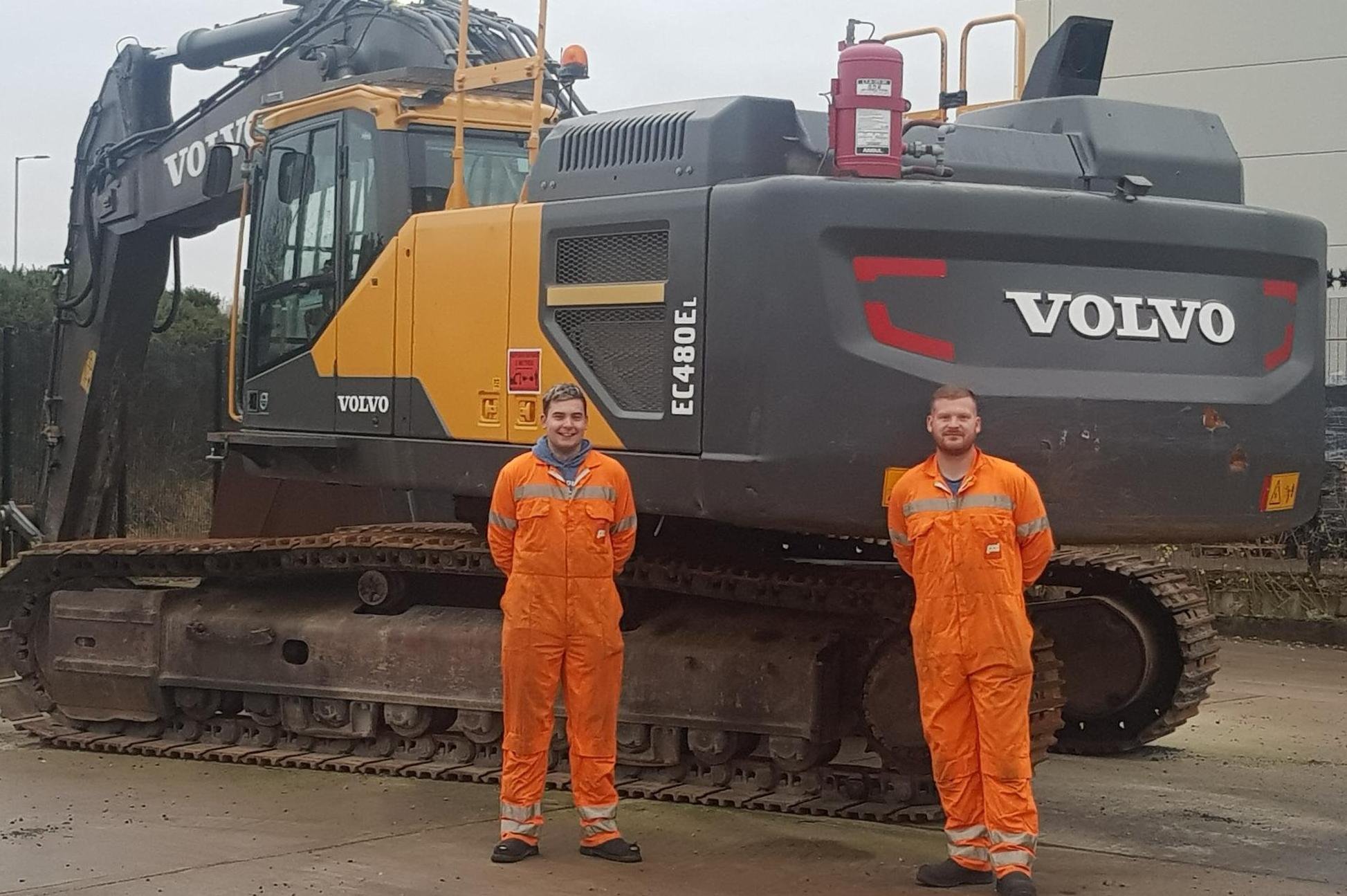 They say every day is a school day, but not many of us expect to dig back to something you covered in third year on a typical day at school. However, that was the case for SERC apprentice Niall McConnell when he was out on site this week and had to administer CPR.

SERC apprentice Niall McConnell (left) and colleague Pearse McMahon, administered CPR and called emergency services when they discovered a man suffering cardiac arrest at the wheel of a vehicle Niall, (20), a Level 2 Construction Plant Apprentice based at SERC’s Lisburn Campus was working on site for employer, Pat O’Donnell & Co (Portadown), distributors of Volvo Construction Equipment, at Kilroot Power Station in Carrickfergus when he helped save the life of a man who had suffered a cardiac arrest at the wheel of a lorry.Niall explained: “I was on site at Kilroot Power Station and was working on a Volvo dumper truck when myself and my workmate, Pearse McMahon, a Fitter, went outside for a break.” Niall’s lecturer Jonathan Miskelly, said, “Niall is a great young man, and we are so proud to have him as an Apprentice at SERC.“I remember learning about CPR back in Sacred Heart College, probably back in 2015 when I was in third year from our PE instructor Mr Turbitt, but I never in my wildest dreams thought I would have to use it.

This has been a life changing experience for me and in my view, learning about CPR should be mandatory for everyone, as you never know when you might need to use it.I immediately called 999, and raised the alarm with the Workshop Manager who ran to get the defibrillator.