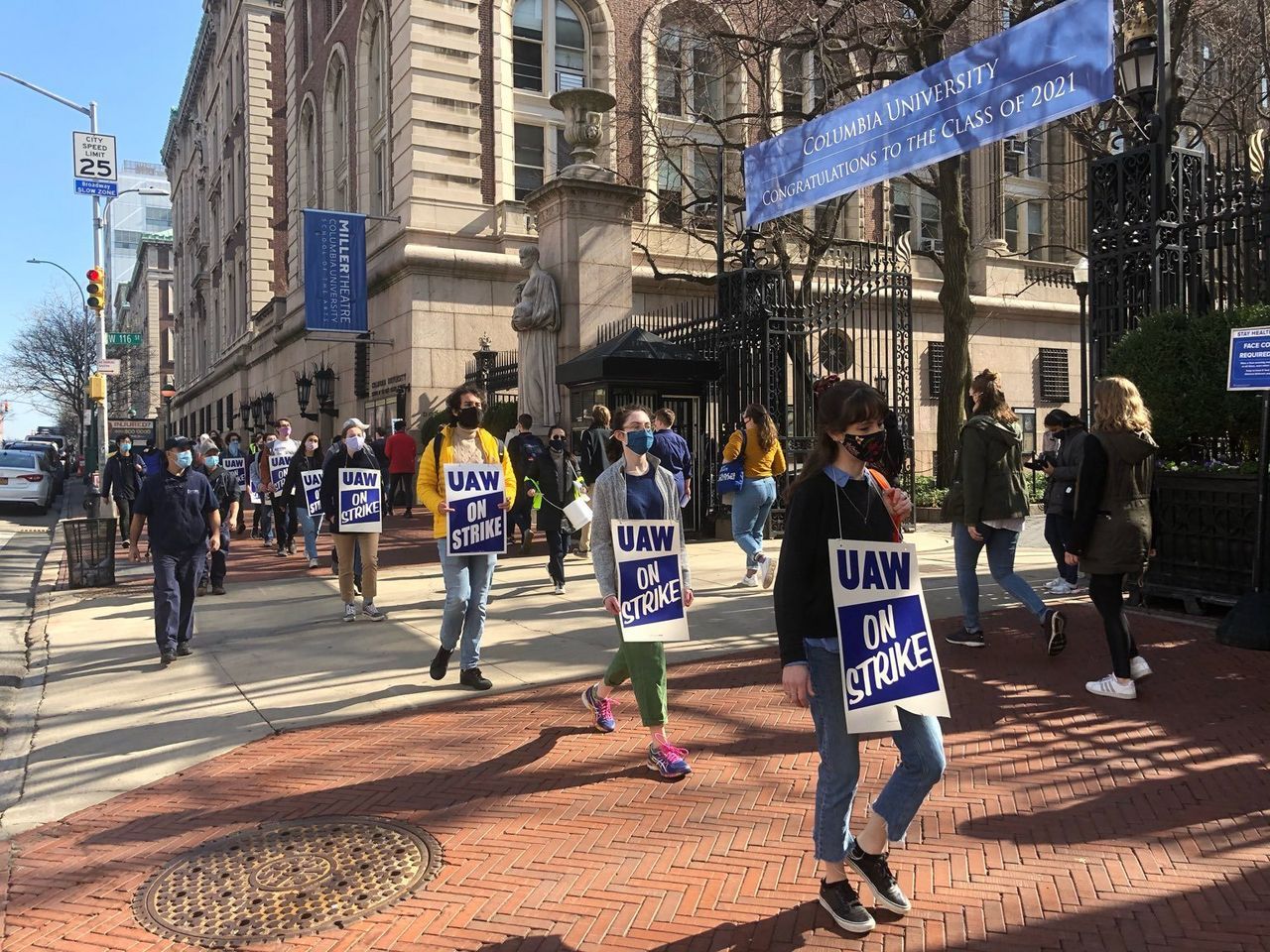 Autoworkers and others support the fight of Columbia graduate student-workers as the strike begins its third week.

Today marks the beginning of the third week of the Columbia University graduate workers strike.Last Thursday, rank-and-file members of the Graduate Workers of Columbia (GWC), which is affiliated with the UAW, defied an attempt by the union bargaining committee to shut down the strike with a deal that would have signified a de facto pay cut for the graduate students, taking into account inflation and union dues.Going beyond withholding pay, the university has also begun debiting accounts of striking graduate workers who received lump-sum stipends rather than paychecks.Monday also marks the end of voting on strike authorization by graduate workers at New York University (NYU).

Graduate workers at Columbia, members of the Graduate Workers of Columbia (GWC) and at NYU, members of the Graduate Student Organizing Committee (GSOC), are both part of the same amalgamated local, United Auto Workers (UAW) Local 2110.Speaking to the World Socialist Web Site, a veteran worker at Ford Chicago Assembly Plant warned the striking Columbia graduate workers about the role of the UAW: “I really do believe it’s true after all these years that the UAW and Ford are in bed with each other.