'Are All Men Like This': Mira Rajput hilariously mocks actor Shahid Kapoor for being untidy

You've heard of the child tax credit. But you can also get $16,000 back in child care expenses

Nicola Sturgeon wants a second Scottish referendum – but will she get one?

Scarlett Johansson Calls for Hollywood to 'Step Back' From the HFPA

What to Know Before Your Shot – NBC10 Philadelphia

Bryson DeChambeau has adventure after thinking he missed cut

Housing policy should not be based on assumption that people aspire to couple up, senator says 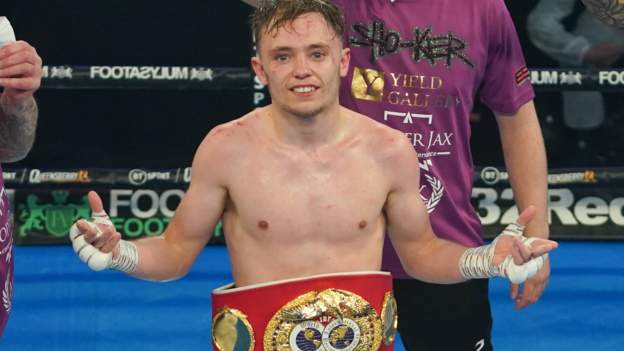 Edwards follows his brother Charlie in becoming a world champion, making them only the second pair of brothers from the UK to win world titles.Mthalane had twice held world champion status during over two decades as a professional and Edwards told the 5 Live Boxing podcast earlier in the week that he would hit and move against a 38-year-old rival who had previously lost just twice in 41 outings.He delivered on the plan in spades and by halfway it seemed clear he would follow brother Charlie - a former WBC champion at the same weight - in becoming a world champion, a feat only Liverpudlian fighters Liam and Callum Smith had previously achieved in British boxing.We were friends before, I hope we're still friends now.