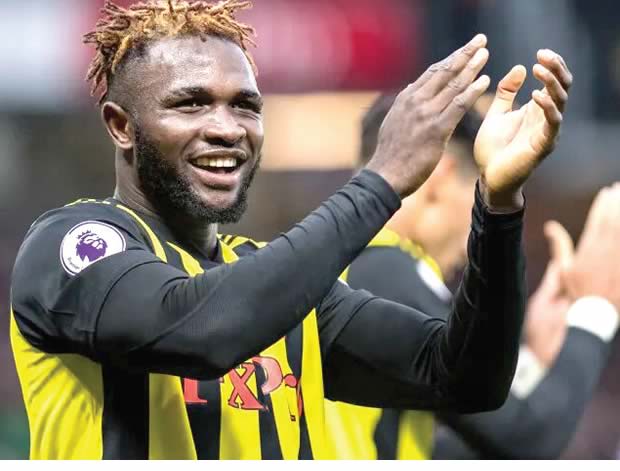 5th August 2022 Isaac Success 5th August 2022 Nigerian forward, Isaac Success, will seek to end his five months goal drought when Udinese when take on Serie C side Feralpisalo in the first round of the Coppa Italia on Friday (today), PUNCH Sports Extra reports.” “In Italian football, there are no easy games, as demonstrated by the fact that a Serie C team eliminates a Serie B team like Suditrol.We will not underestimate them as we need maximum concentration and maximum attention because we play in our stadium, in front of our fans.The Coppa Italia clash will also be his third having featured in Udinese’s 4-0 win over Crotone second round clash last season and their 1-0 defeat to Lazio after extra time in the round of 16.

Related News Udogie relishes Success partnership at Udinese I made mistakes at Watford – Success Success joins Udinese on three-year deal Speaking ahead of the game, the former Watford striker said, “It is the first game of the season and I’m eager to help the team start on a good note.This material, and other digital content on this website, may not be reproduced, published, broadcast, rewritten or redistributed in whole or in part without prior express written permission from PUNCH.