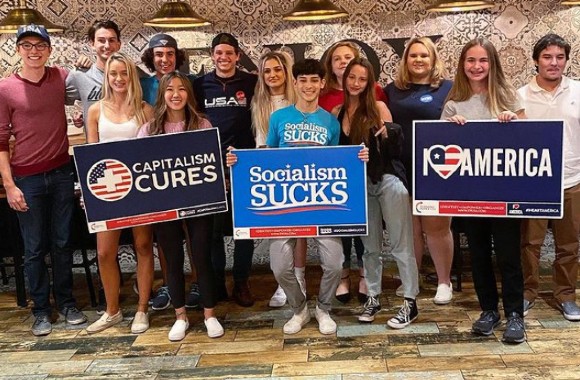 p p Rallied local conservative groups to assist him A high school student in Texas is ready to start the new year with his new Turning Point USA group after successfully pushing through approval.MORE: Turning Point USA wants to get donors to divest $1 billion from leftist colleges The 16-year-old high school junior told The Fix that national and local groups supported him throughout the process.These groups include Turning Point’s national headquarters, Liberty Counsel, the Llano Tea Party and Highland Lakes Women’s Republican Club.Charlie Kirk, the founder of Turning Point, praised Ares in a statement sent to The Fix through a media representative.