Man charged over killing of Sean McCarthy in Drumcondra

A Year Of Extreme Violence, Poverty, Natural Disaster Under ...

Ministry Of Ecology Talks Eruption Of Mud Volcano In Baku's ...

'In Plain View,' a new book, looks at the the lives of Amish women; author talk planned for Aaron's Books

Why You Should Try Walking With Poles

5 productive things to do with reduced working hours

At the Mancini Center 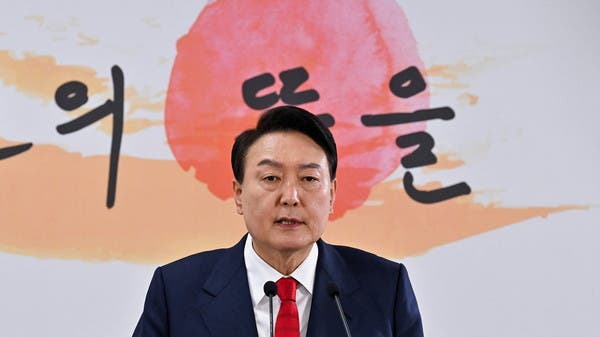 New conservative President Yoon Suk Yeol, who took office in May, has accused his liberal predecessor Moon Jae-in of being “submissive” to North Korea and has moved to resolve persistent suspicions about the handling of the two cases.The cases include North Korea’s fatal shooting of a South Korean fisheries official near the Koreas' western sea boundary in 2020, and South Korea’s deportation of two North Korean fishermen despite their wishes to resettle in South Korea in 2019.The Moon's government had said the slain official was saddled with gambling debts and had family troubles when he swam to North Korea.Last month, Yoon’s government said there was no evidence that the official attempted to flee to North Korea, overturning the Moon government's assessment.

By law, South Korea views North Korea as part of its territory and has a policy of accepting North Koreans wishing to resettle in the South.Earlier this week, Yoon’s government released photos of the repatriation that showed the fishermen, both blindfolded, apparently resisting being dragged and handed over to North Korea at the land border crossing.

Experts warn climate change could lead to ‘extinction of humanity’

Surge in femicides highlights lack of accountability for violence against women: NGOs

Infant in Egypt allegedly killed by parents for constantly sobbing

US sanctions Putin’s ‘girlfriend’, oligarchs for ‘complicity’ in Ukraine war

At least 17 dead in rare clashes in Syria’s Sweida

US asks Argentina to seize Venezuelan plane linked to Iran

Death toll in Israel air strikes on Gaza rises to seven, including child

Russia calls on Turkey not to ‘destabilize’ Syria

Pope Francis calls for peace in Sri Lanka amid unrest

Thirty inmates saw out of Lebanon’s jail and escape: Authorities

Any attack on nuclear plant is ‘suicidal,’ says UN chief

Germany to lose over $260 bln in added value due to war, high energy prices: Study

In Syria, a poor wheat harvest adds to food worries

Last month marked one of hottest Julys ever recorded: UN

Chipmakers tumble on warnings of painful downturn in a decade

Colombia meet: UAE stresses role of culture as a significant driver of growth

Thousands evacuated from homes as wildfires rage in France

Large fuel depot fire in Cuba ‘under control,’ but not extinguished yet

Early Amazon investor and board member Tom Alberg dies at 82