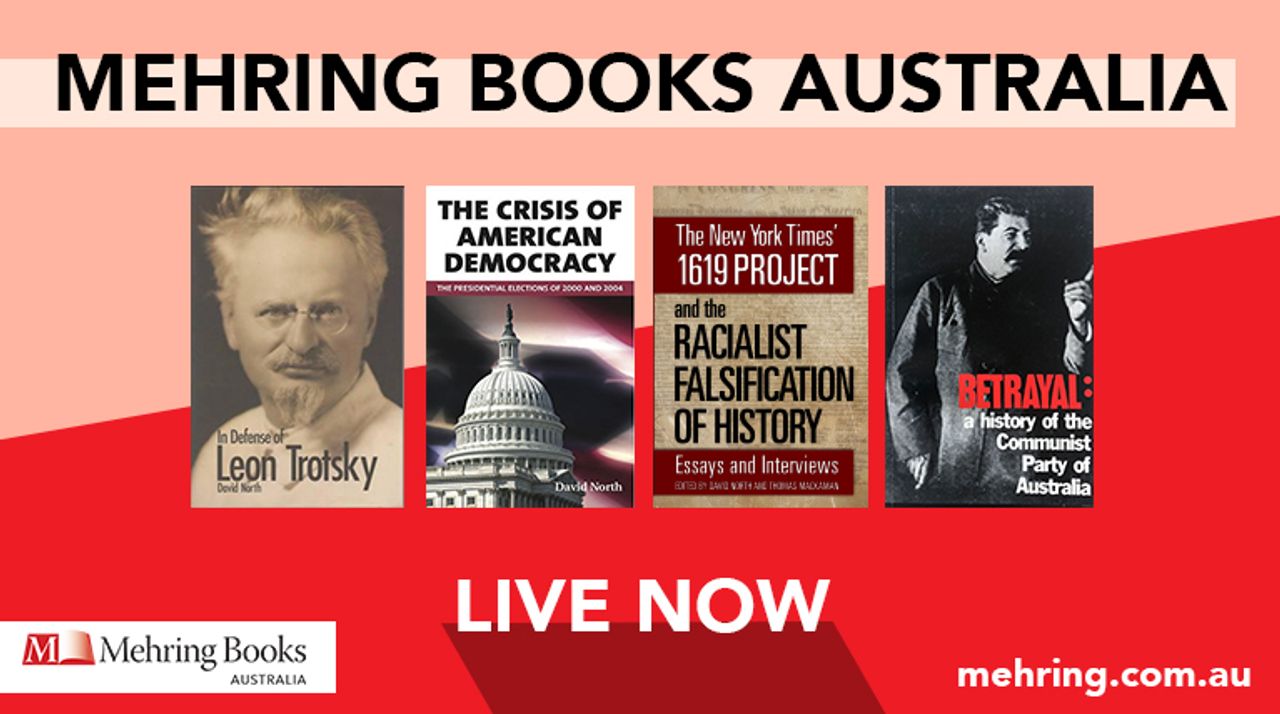 The new site enables WSWS readers in Australia, New Zealand and throughout the Asia-Pacific region to more easily access Mehring Book’s extensive range of Marxist literature and at a reduced price.

The latest English-language translation in the series published by Mehring Books is entitled Bolsheviks Against Stalinism 1928 – 1933 : Leon Trotsky and the Left Opposition.Mehring Books Australia enables English-language readers of the WSWS in Australia, New Zealand and throughout the Asia-Pacific region, to access MBA’s books and pamphlets more readily, and at a reduced price, due to savings made on formerly exorbitant postal costs.