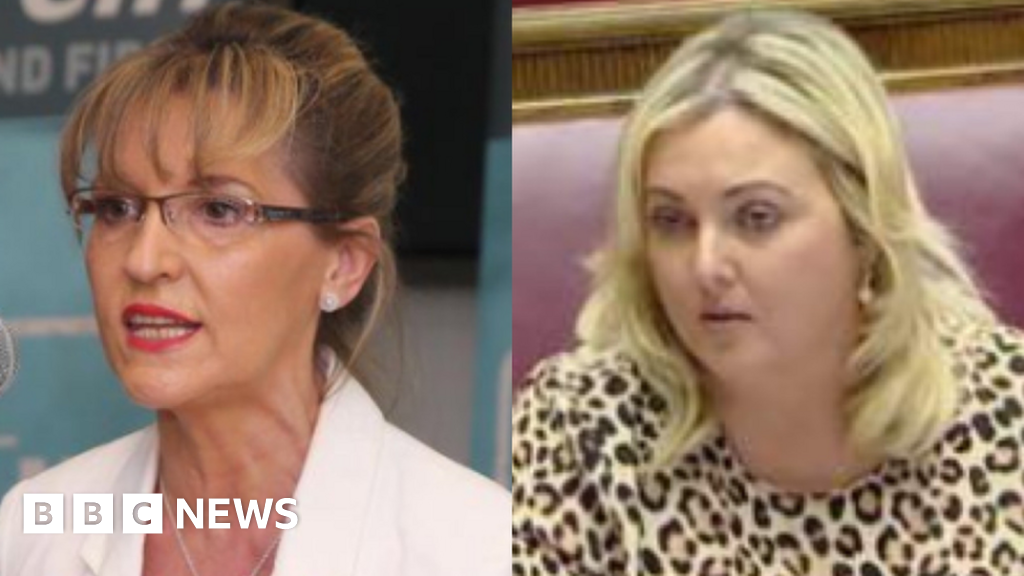 Foyle MLAs Martina Anderson and Karen Mullan are stepping down after big losses in recent elections.

Sinn Féin's Martina Anderson and Karen Mullan stepping down By Jayne McCormack BBC News NI Political Reporter Published About sharing Pacemaker p image captionMartina Anderson returned to the assembly in 2020 after eight years as an MEP Sinn Féin MLA Martina Anderson has said she will not contest the next Stormont assembly election.Sinn Féin president Mary Lou McDonald thanked Ms Anderson and Ms Mullan for their "tireless dedication and commitment" to the party.image captionMartina Anderson was among a number of Sinn Féin politicians who attended the funeral of republican Bobby Storey in 2020 When European seats were abolished after the UK's exit from the EU, Ms Anderson was co-opted into the assembly to replace Raymond McCartney, who was retiring from politics.She was also among a number of senior Sinn Féin politicians who were criticised for their attendance at the funeral of republican Bobby Storey in June 2020.

" Martina Anderson Sinn Féin Foyle Northern Ireland Assembly Sinn Féin ask two Foyle MLAs to consider positions PublishedI confirm that I will not be seeking a nomination to stand for @sinnfeinireland at the next Assembly Election.