US records biggest spike in cases since July

John Leslie NOT GUILTY of groping woman's breasts in 2008

POLL: Should intu Watford be renamed the Harlequin?

What lies between grey and white in the brain

Fall Drinks You Should Be Drinking in DFW Right Now

A Place In The Sun: Jasmine Harman wows fans with incredible throwback picture

The Trial of the Chicago 7: fans saying same thing about Netflix film

Coronavirus: how anti-lockdown Sweden is preparing for second wave 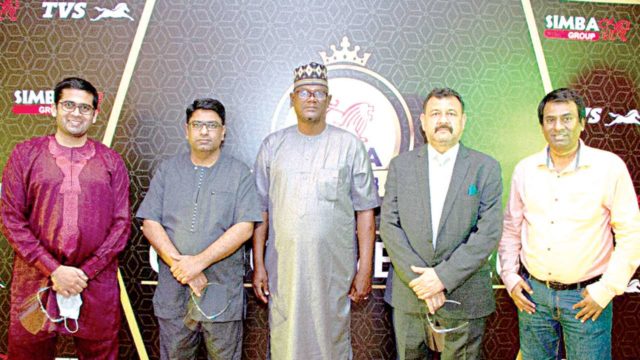 Simba TVS, distributors of Nigeria’s best-selling tricycle – the TVS King – has felicitated its channel partners on the occasion of its ten-year anniversary

The company hosted members of the Simba Elite Club, at the Sheraton Ikeja in Lagos, and played tribute to the vital role its channel partners have played in establishing the brand’s leadership position.The Simba Elite Club is an exclusive association of the top-tier TVS dealers in the country, with the majority having worked in close partnership with the company, since launch of its TVS King tricycle, ten years ago.Speaking at the exclusive two-day event, Mr Mahendra Pratap, Business Head Simba TVS said “We pay tribute to the Simba Elite Club Members, who together with our extended dealer community, fleet owners, mechanics and of course end users, have played a vital role in helping us to become number one.The Executive Vice President of the TVS Motor Company, Mr R Dilip, joined the event via telecast to commend members of the Simba Elite Club.

Simba TVS, distributors of Nigeria’s best-selling tricycle – the TVS King – has felicitated its channel partners on the occasion of its ten-year anniversary in the market.Through a network of ten branches, Simba works in collaboration with its over-600 channel partners and service outlets, to ensure its products are available and serviceable, in all parts of the country.