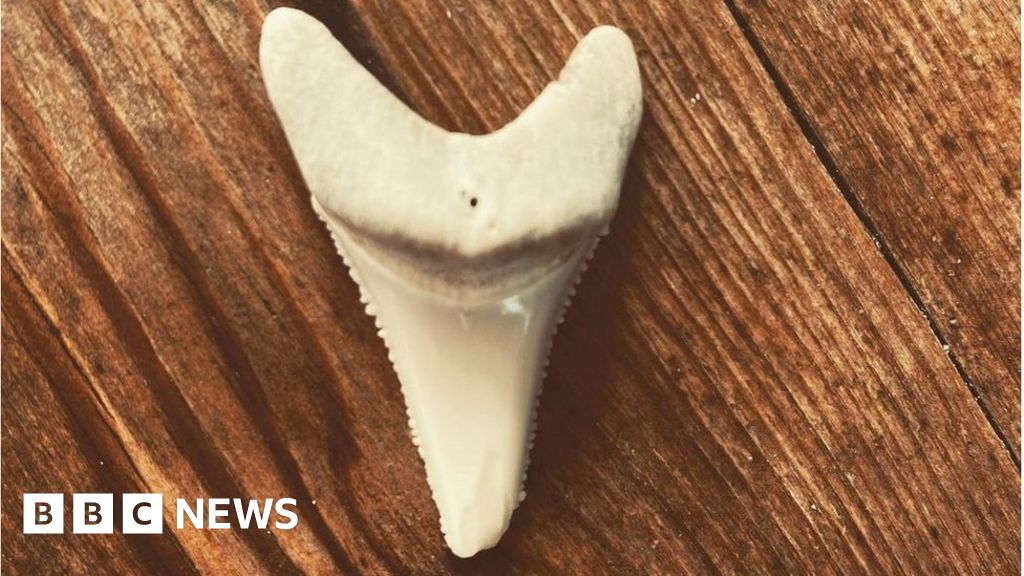 Surfer Chris Bowes lost his leg but authorities return a tooth the shark left wedged in his board.

Chris Blowes p image captionMr Blowes has taught himself how to surf with his prosthetic leg "It was stuck in my board," Mr Blowes says.Mr Blowes says he is keeping the tooth in a case in his house and and taking it along to motivational talks he gives about his attack.