Jennifer Lopez is all smiles after return to Los Angeles 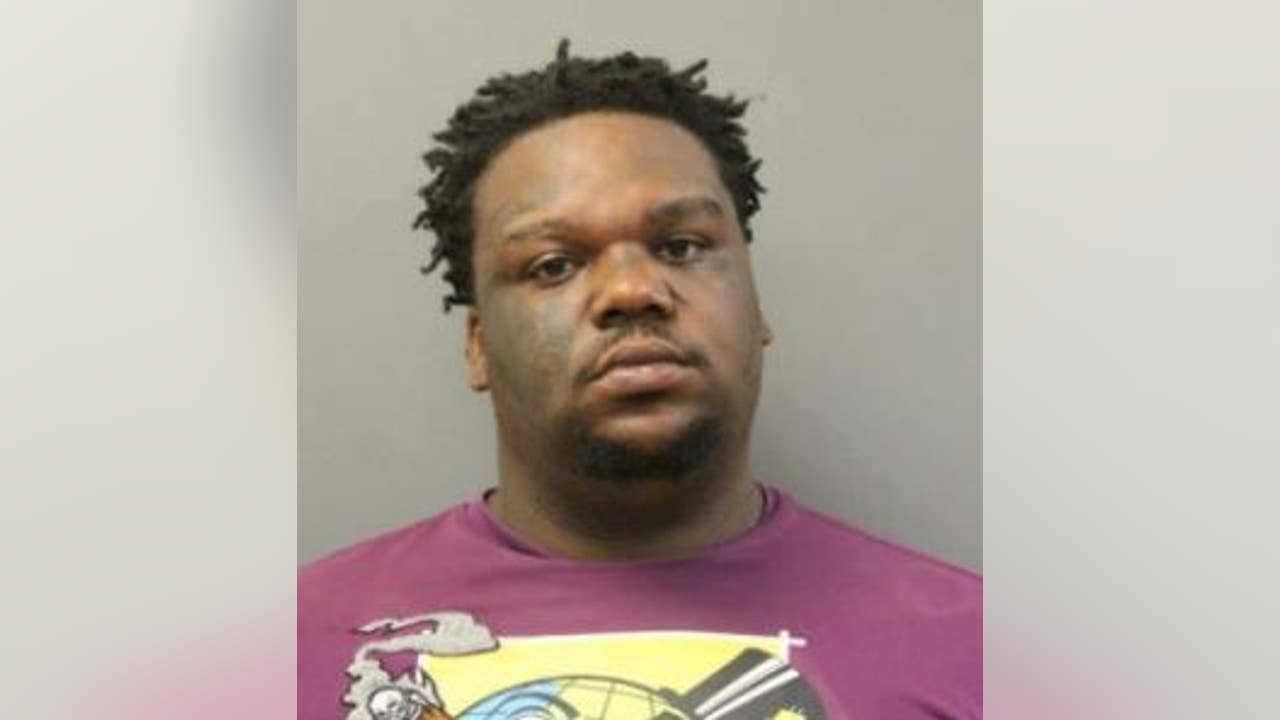 Tramell Scott allegedly participated in the murder of 33-year-old Mutasim Sulieman in Humboldt Park. This is the second person charged in connection to Sulieman's death.

p from SAT 12:00 PM CDT until SAT 7:00 PM CDT, Kenosha County 3 p from SAT 12:21 PM CDT until SAT 7:00 PM CDT, DeKalb County, La Salle County p until SUN 12:00 AM CDT, Kenosha County article CHICAGO - A second man has been charged in connection to a 2019 fatal shooting in Humboldt Park.According to Chicago police, Scott allegedly participated in the murder of 33-year-old Mutasim Sulieman in the 3600 block of West Division Street on May 3, 2019.SUBSCRIBE TO FOX 32 ON YOUTUBE FOR MORE CONTENT Chicago police officers said they saw Pittmon shoot Sulieman back in 2019.Another offender, 22-year-old Kyrell Pittmon, was arrested and charged in June in connection to Sulieman's death.

Man killed in Northwest Side hit-and-run

Five killed, 35 others wounded in gun violence in Chicago this weekend

'I came to understand the city in a different way'

Victim fights back when robber pulls gun on Chicago's West Side

4 charged with stealing phones at Lollapalooza in Chicago

Armed man seeking cash forced 2 victims into their Chicago home, then made them drive to ATM

Chicago SWAT responds to block on South Side, police say

Man, 36, found shot in the head in Lake View East

Chicago prepares for weeklong stretch of hot and humid days

Man, 22, shot while riding in car in Tri-Taylor

A wilting Wednesday for Chicago then very warm through weekend

Almost $1B in property taxes would be used in CTA funding plan for $3.6B Red Line extension

Man found shot in the back in Chicago Lawn

Man, 58, run over twice and killed on Chicago's West Side

But, uh oh, those summer nights

Roughly 180 CPD officers in specialized units moving back to their districts, mass transit

Girl, 13, struck by lightning on Chicago's West Side

'Joy has filled our home and hearts again'

Time running out to save 'ghost signs' found in Chicago

Man, 30, killed after being shot multiple times in the back on Chicago's West Side

Drought has diminished in Illinois

14-year-old boy and man struck by gunfire in Austin

Three boys charged in attempted armed carjacking on Near West Side

Chicago man charged with DUI, crashing into ISP squad car on I-94

Boy, 16, shot while walking on sidewalk in Little Village

Older Americans more concerned with inflation, cut back on spending

2 shot while sitting in parked vehicle in Roseland

Man shot in head by unknown offender in South Shore

Man shot in Chatham, gunman steals property from him before fleeing

Chicago Archdiocese to pay $1.75M settlement to woman who says she was abused by priest in 1980s

Man shot while in traffic in Lawndale

Man, 22, shot in the head while driving on Chicago's West Side

1 killed in I-294 crash near Willow Springs

Hottest weekend of the year for Chicago?

CFD honors firefighter who died of COVID-19 in 2021

Girl, 14, killed, when Jeep crashes into CTA bus stop on Chicago's South Side

24 wounded, 3 fatally, in shootings since Friday evening across Chicago

Man, 75, in critical condition after being struck by vehicle on Chicago's Northwest Side

Suspect shoots 28-year-old man after carjacking him in Englewood

2 teens shot while walking on Chicago's South Side

2 Indiana State Troopers struck by driver who was allegedly intoxicated

Plainfield man dies after vehicle crashes into tree in Joliet

Woman laying in street hit, killed by sedan on Chicago's South Side

Woman suffers graze wound to the head on Chicago's West Side

Man shot while sitting on couch in Chicago's Englewood neighborhood

Boy, 14, arrested moments after trying to carjack man on Chicago's West Side

Lake Michigan will be dangerous for swimming on Monday and Tuesday, National Weather Service says

Almost 900 flights canceled nationwide, with 280 canceled at O'Hare on Sunday

Yes, some Chicago suburbs really have gotten a lot of rain this weekend

What to watch in Wisconsin, Minnesota, 2 other states

Chicago man charged with attempted murder in I-55 shooting