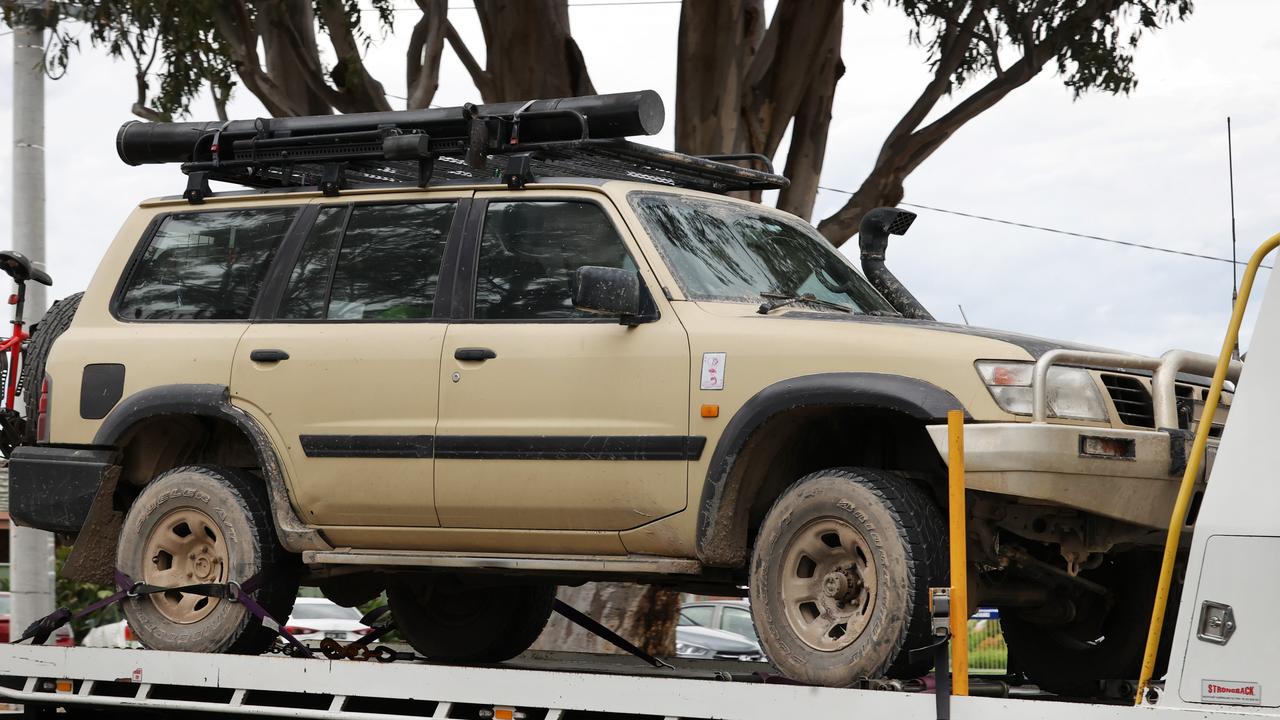 The man who has been arrested in relation to the disappearance of two missing Victorian campers has also had his car seized, with police alleging a major change was made to the vehicle shortly after the pair went missing.

The damaged campsite belonging to Russell Hill and Carol Clay.Police have been seeking the driver of a blue “GU” model Nissan Patrol Series 1 that had been caught on CCTV driving in the area at the time of Mr Hill, 74, and Ms Clay’s, 73, disappearance.