I was deported from Europe, l lost everything

What is a Germicide?

One week on, what we know and don't know about Omicron

New guidance on COVID booster jabs and new job numbers: In The News for Dec. 3

Former nurse who sexually assaulted an intellectually disabled woman is sentenced to 10 years in prison - WRCBtv.com

Save Whales Reportedly Dying and in Distress at Theme Park 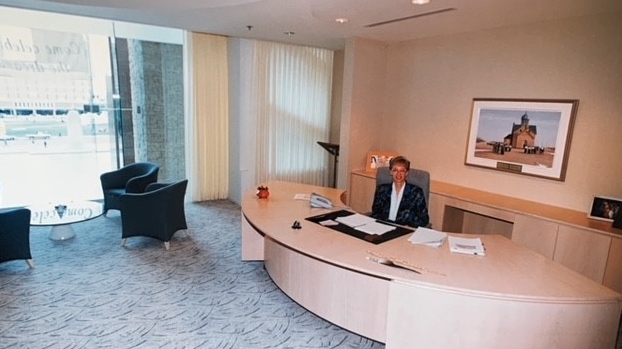 The first woman to serve as Edmonton’s mayor is being honoured with a park in the city’s River Valley.

River Valley park named after Edmonton's first female mayor A park in Edmonton's River Valley will be named for former Edmonton mayor Jan Reimer.Edmonton - The first woman to serve as Edmonton’s mayor is being honoured with a park in the city’s River Valley.Reimer worked to preserve and extend the trail system in the River Valley, as well as improve the water quality of the North Saskatchewan River.The park will be part of the existing River Valley parkland close to the Oleskiw neighbourhood located near the Terwillegar Park footbridge.

COVID-19: Highest active case rates in Edmonton area found outside of the city itself

N.W.T sending women to give birth in Edmonton during hospital staffing shortage

'We want to find answers': Police release images of persons of interest in Ritchie homicide

'Get the vaccine before the virus': Mom relieved her kids can get vaccinated, doctor calls for immunization at school

Black ice a factor in crashes around Edmonton: RCMP

Suzuki apologizes for 'pipelines blowing up' comments during climate rally

When your brother is the local weatherman, he puts your embarrassing fall down icy stairs on TV

More than 4-in-5 Albertans in RCMP-served regions satisfied with service: survey

Alberta's Wilton Littlechild among 13 delegates to meet with Pope Francis

COVID-19 in Alberta on Friday

Paths For People wants part of Edmonton's 102 Avenue to be car-free, a city councillor moves it forward

Edmonton cookie shop offering a bite out of the Muttart Conservatory

Boy, 6, hospitalized after being bitten by dog in Spruce Grove

Man, struck by LRT on Wednesday, dies in hospital

No one injured in small fire at south Edmonton hotel: EFRS

'Not something to play around with': Experts assessing potential impact of Omicron variant

Man, 38, dies from injuries in 'weapons complaint' in northeast Edmonton

Omicron in Alberta: 156 travellers from southern Africa quarantining, no cases yet

Edmonton woman safe after being taken hostage by bank robber

The resignation of ASIRT's executive director was 'planned': Justice minister

Suspicious death on rural road west of Edmonton under investigation

Provincial government to give update on goals to locally make vaccine

Alta. to scrap photo radar on most residential roads, double ticketing within 5 minutes in 2022

1 dead, 1 in hospital after rollover near Grande Prairie

McDavid and Crosby play each other for first time in 2 years, Ceci positive for COVID-19

Candy Cane Lane returns to Edmonton. Here’s what you need to know

First-ever law made by Inuit Nation in Northwest Territories

Highway 16 east of Vegreville, Alta., reopens after hours of detours due to crash

Man charged with manslaughter, robbery with firearm in 2020 murder