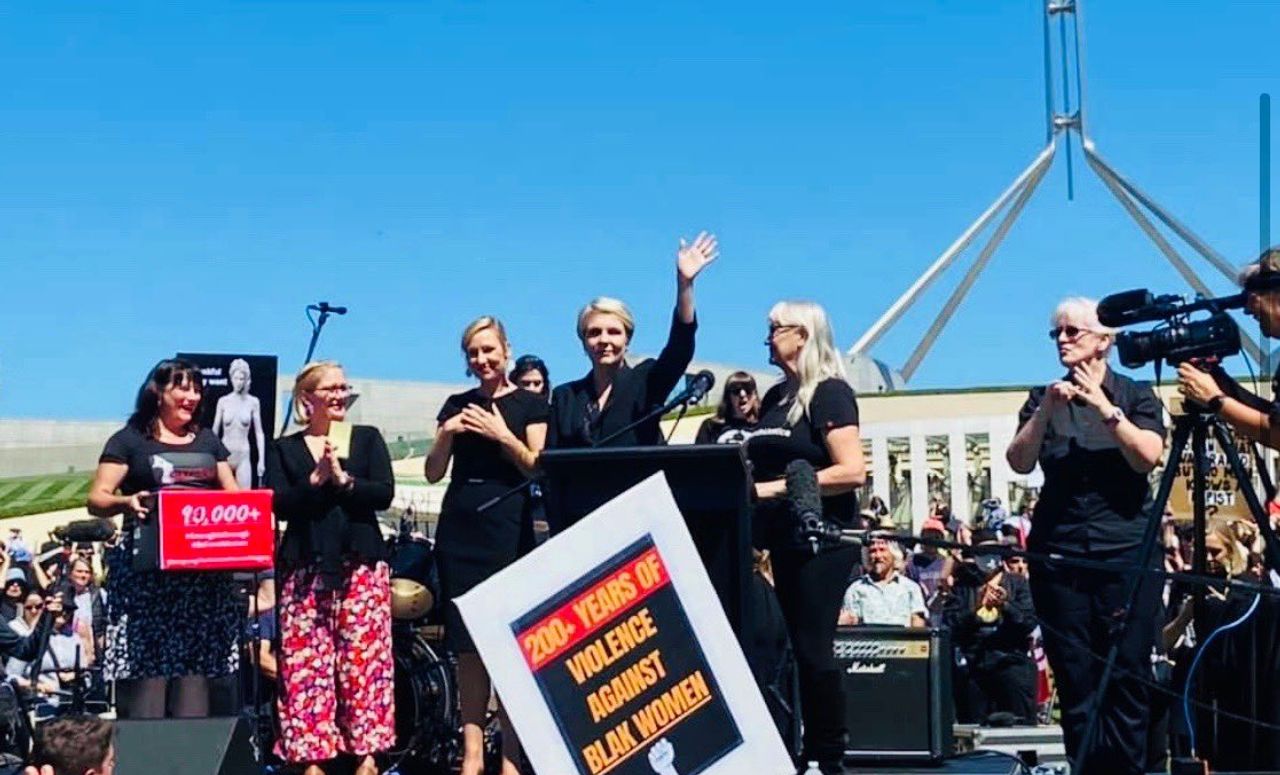 The purpose of the protests was to suppress discussion of pressing social and political issues; promote the fraudulent claim that gender relations are primary, and legitimise attempts to undermine basic democratic rights.

Their purpose was to bury any discussion of the major social and political issues facing the working class; promote the fraudulent claim that gender relations are the primary, and perhaps sole issue in contemporary society, and legitimise attempts to undermine basic democratic rights.The media frenzy has also dovetailed with frustration from sections of the ruling elite over the failure of the government to proceed as rapidly as demanded with a sweeping overhaul of workplace conditions and industrial relations, aimed at boosting corporate profits at the expense of the working class.The ruling elite is well aware that this is provoking widespread social opposition and is fearful that working class struggles are on the agenda.” No one elaborated on how having more female representatives of big business and the banks would aid working class women, or anyone but themselves.

In Canberra, Australian Council of Trade Union Secretary Sally McManus and President Michelle O’Neil called for the campaign to tackle the harassment experienced by working class women.The crucial task facing the working class is to begin an independent political struggle based on socialist principles for its own interests, against austerity, social inequality, war and the assault on democratic rights.