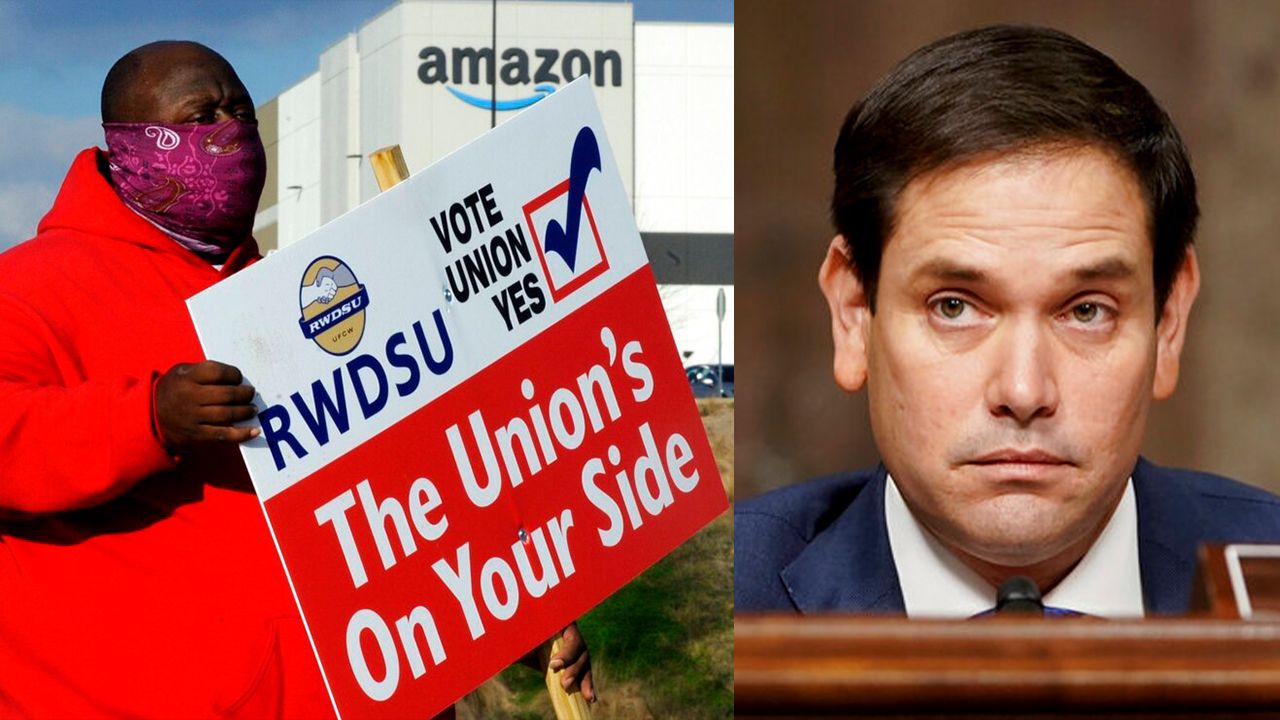 Declaring himself in solidarity with the RWDSU unionization drive, the lifelong anti-communist reactionary from Florida offered reassurances that “left-wing organizers” taking over workplaces is “not what’s going on here.”

On Friday, the campaign to unionize approximately 5,800 warehouse workers at an Amazon warehouse in Bessemer, Alabama, which is being heavily promoted by the Democratic Party and its media affiliates nationwide, secured what might appear to be an unlikely ally: Republican senator and former presidential candidate Marco Rubio.Bessemer Amazon workers are currently voting whether to accept representation by the Retail, Wholesale and Department Store Union (RWDSU).As opposition among Amazon workers finds more and more direct and conscious political expression, it will, in fact, bring forward immediate demands on questions of wages and workplace safety—and it will also necessarily raise challenges across broader social and political questions.Amazon workers in the US will necessarily turn outwards to other Amazon and logistics workers around the world, who face a struggle against the same international conglomerate, as well as towards a common struggle with teachers, autoworkers, and other sections of the working class to demand that workers’ health and safety be prioritized over corporate profits.

The fact that the RWDSU has raised no demands only demonstrates that it cannot and will not serve as a vehicle for articulating the massive opposition of Amazon workers.While Amazon workers in the US are not unionized, their co-workers in Europe, many of whom are in unions, fared little better during the pandemic.