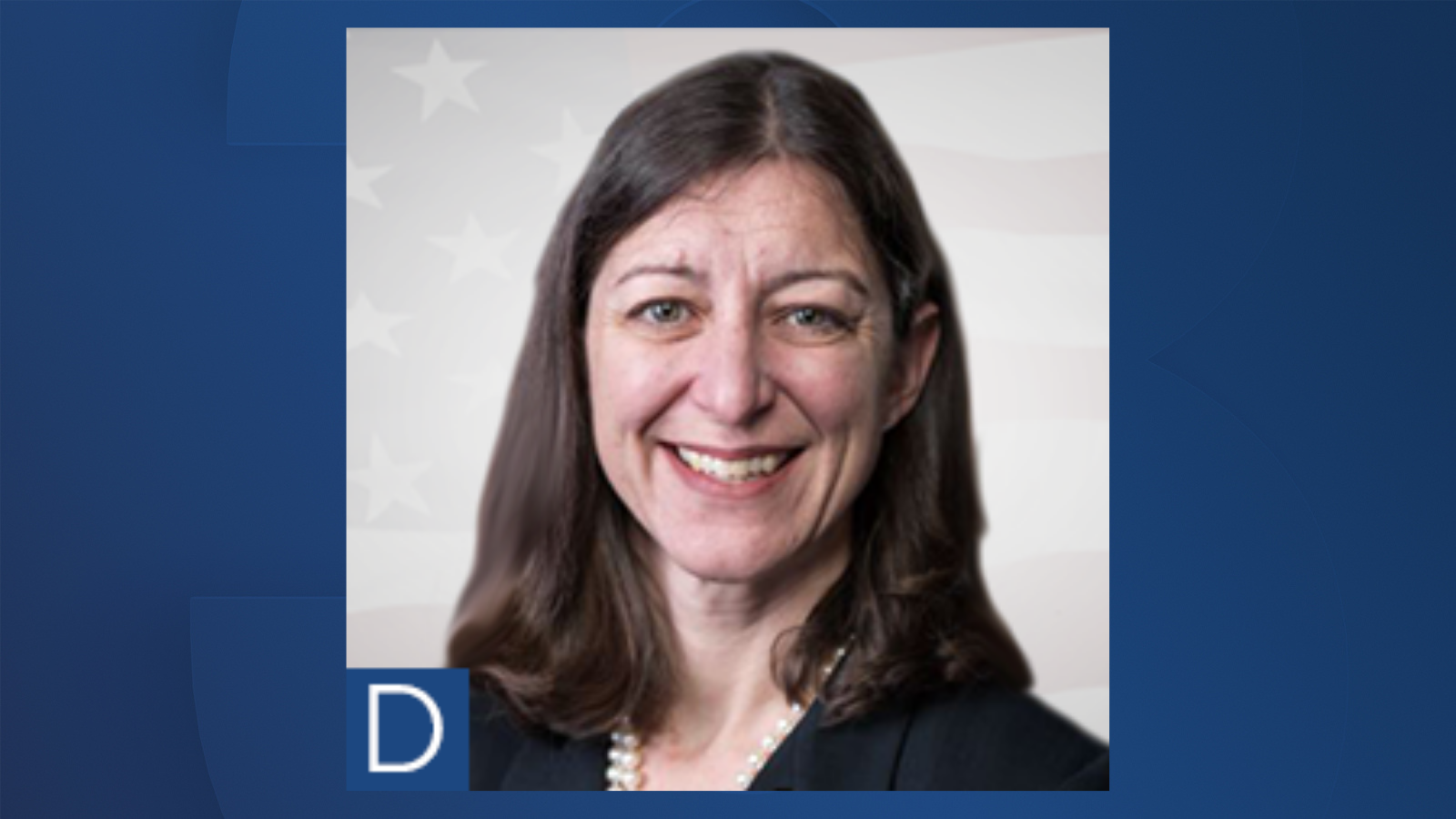 As the House of Representatives votes Wedneday on whether or not to impeach President Donald Trump for a second time, News 3 spoke to Rep. Elaine Luria (VA-02) about her vote and how other lawmakers have responded to the situation.

Luria said she can't explain why this is an issue, especially at this time."The rules, for quite a long time, have stated that members of Congress are not allowed to carry firearms on the floor of the House," Luria said." Luria said there were some "tense moments" between the Capitol Police and some of the Republican House members who refused to go through the metal detector or have their bags searched."It is the most simple basic precaution, in light of what has happened, to follow the rules and the guidance of the Capitol Police," Luria said.

" The violence at the Capitol brought changes to the House, including a new pass-through metal detector ordered by House Speaker Nancy Pelosi, that some lawmakers have reportedly challenged.In an interview from her congressional office before she was scheduled to return to the House floor, she said now is the time for Republicans to take action.

Advice for first-time pet parents in a pandemic

More clouds Saturday with a return of showers Sunday...

Man hit and killed by bus in Portsmouth

2 men arrested in connection with string of Norfolk business robberies

'Winter Wonderland' helps local families in need with food, toys for the holidays

Norfolk DJ to hold 24-hour virtual fundraiser to give back

Short on holiday gift ideas? Paint your next gift, even with little to no experience

From smartphones to laptops, here are the best deals on tech gifts

Virginia Beach reports over 200 new COVID-19 cases second day in a row with a 14.3% positivity rate as state sees a total of 4,042 new cases

Norfolk School Board pauses plan to return to in-person instruction

Sunshine finally breaks out on Tuesday, rain chances go up for Christmas Eve

More people feeling sad, angry during a season of cheer and happiness

US deaths top 3 million in 2020, by far the most the nation has ever counted

Overdose deaths soar in Virginia in 2020

Ways to manage diabetes during the pandemic

Go on a virtual tour of the Executive Mansion in Richmond

Track Santa's journey around the world with NORAD's Santa Tracker

A threat for severe storms on Christmas Eve

Seeing family for Christmas? Here's some advice from a local urgent care doctor on keeping your visit safe

Have Christmas leftovers? Don't waste them! Helpful hints from a nutrition expert

Farmers market coming to Ghent area of Norfolk in 2021

No injuries reported after commercial fire in Chesapeake

Fund set up to help residents, businesses affected by explosion in Nashville

Nauticus' WinterFest event finds success in first year, museum plans to bring it back in 2021

Tracking a dry stretch, then a soggy start to 2021

Dry through midweek, but tracking storms and 70s for the New Year...

House overrides Trump veto for first time in his presidency

2 dogs die from injuries after being rescued from Suffolk house fire; Family of three displaced

Keeping your kids active and healthy during a pandemic

Va. Beach tenant out, returned to find apartment & belongings gone due to fire

Colder and sunny today, tracking showers and storms to begin the New Year...

Virginia COVID-19 cases rise by 4,122 since Monday as statewide percent of positive cases remains over 12%

Made in 757 website gives local artists visibility during pandemic

'We are hoping for a Christmas miracle,' Portsmouth couple suffering without heat

Group in vehicle attempts to rob group walking in Chesapeake, results in shooting

How to find the best mattress under $500

No toll increases for Downtown, Midtown Tunnels in 2021

Smartwatch app aims to disrupt nightmares for people with PTSD

Goats in Michigan want to eat your recycled Christmas tree

How to get your kids into a healthy sleep routine

Some gig workers forced to find new work, but hopeful to return to 'normal' in 2021

If you have side effects from the COVID-19 vaccine, the CDC wants to hear from you

Tips on how to get organized in the New Year

Suffolk residents cleaning up one week after tornadoes touch down

More rain moving in overnight, drier and near 70 on Saturday...

1 dead, 1 injured in Chesapeake shooting; Person of interest in custody

Man shot to death in Portsmouth; police investigating as homicide

Looking to get in shape in 2021? Start simple, local trainer says

TSA screened 2.5M travelers over the weekend, including a pandemic record 1.3M on Sunday

About 1,645 pounds of Teton Waters Ranch Polish Sausage recalled due to unlabeled allergens

Soul on Disney+ and Roku Looks to Acquire Quibi's Content

Sunshine with highs in the 40s to start the week

'She was a rare breed'; Loved ones remember Virginia Beach teacher after COVID-19 death

One injured in shooting less than a mile from Virginia Wesleyan University, police investigate

One month after daughter goes missing, local mother continues to fight to find her

City of Williamsburg employees to telework for three weeks

Tracking mostly dry weather and highs in the 40s

Nice midweek, Rain and a snow chance by Friday

How the military is prioritizing COVID-19 vaccine distribution

Funeral service to be held for Andre Hill; Rev. Sharpton to deliver eulogy

Busch Gardens to open in winter months for first time ever

Local senior uses COVID-19 quarantine time to do something good

Tracking sunshine, then rain and possible snowflakes to end the week

Tracking rain and a snow chance to end the week

Second round of PPP loans available for small businesses

Gov. Northam declares State of Emergency for Virginia amid unrest in Washington

Searching the bay for Erik Mezick, News 3 combs local waters with family in hopes of closure

White House condemns violence at the Capitol, did not take responsibility or questions on riots

Violence in D.C. could have impacts on mental health, experts say

'Trump asked all the patriots to show up, so I did'

Man stabbed to death in Newport News, suspect in custody

Victims of gun violence donate to homeless in Portsmouth

Rain and a snow chance to end the week

Helping your child deal with the traumatic events happening in DC

Rep. Luria joins other Democrats in effort to remove Trump

A look inside the new $77.9 million Princess Anne Middle School

Shelter for trafficked youth to be built in Virginia Beach

Portsmouth Police searching for persons of interest in connection with homicide

Virginia National Guard to send about 1K additional personnel to assist in D.C. until inauguration

What can you do if you're ticketed? Attorney weighs in

Female dies after being struck by train in Newport News, police investigate

Double shooting in Hampton leaves one man dead, another man in critical condition

State Police investigate fatal motorcycle crash on I-64 in Norfolk

How to save money on ink

Showers moving in later today, A midweek warm up

Netflix's "Death to 2020" and Peacock Pricing based on "The Office"

All but one local health district reporting over 20% COVID-19 test positivity as state sees 4,530 cases since Sunday

Some parts of Virginia move into next phase of vaccination, but not Virginia

Learn when you can get your COVID-19 vaccine

Some rain overnight, Highs in the mid 50s by mid-week

Professor in Florida says COVID-19 mutations will continue, but vaccines should still work

State Police investigate shooting on I-464 in Chesapeake

NC officials helping federal authorities, asking for help identifying those who may have committed crimes at U.S. Capitol

Showers this morning, Returning to sunshine

Former Norfolk Pastor accused of sex crimes against a minor

Virginia officials hoped all healthcare workers would want a vaccine, but that hasn't happened

Virginia ramping up security after 'credible threats' made against state capitals

Tracking some dense fog to kick off your Wednesday

18-year-old driver flown to hospital after crashing into VDOT truck in York Co.

Local dermatologist on winter dry skin, treatment & when to see a doctor

A warm up to end the work week, Showers to start the weekend

On the job hunt? These are predicted to be some of the hot jobs in Hampton Roads in 2021

Warming up, Rain to end the work week

Highs in the 60s Friday, rain moves in Friday night

Dominion Energy to provide millions in scholarships to minority students

Why your cable bill might be more expensive, and how a new law could lower charges

Rain moving in, Weekend cool down

Friday is National Bagel Day! Here are some local deals

Finding a mental health provider during a pandemic

All but one local Va. health district sees decline in percent of positive COVID-19 tests as state sees 4,795 new cases in a day

Virginians urged to ‘be patient’ during COVID-19 vaccine rollout

Doctor explains why he's not getting vaccinated right now

Cold front tonight will bring rain, and colder air for the weekend

Virginia Beach named one of the best spots for whale watching in the U.S.

Riverside may soon run out of COVID-19 vaccine supply

A nice start to the week

Trump to issue up to 100 pardons on Tuesday before leaving office, reports say

What not to cook in an air fryer

Biden, Harris take part in service projects for MLK Day ahead of inauguration

Tracking a bitter cold start Tuesday, but a nice afternoon warm up

Despite COVID-19, Virginia hits record number of organ transplants in 2020

Celebrate literacy with a News 3 read-along

Through hard times and pandemic, local coffeehouse provides "cure" for lack of coffee in the morning

Tracking a blustery Wednesday on tap

Adults may have autism symptoms that could have been missed as children, neurologist suggests

Hanks to host inauguration special, with Bon Jovi, Timberlake and others performing

Western Tidewater Health District moving into phase 1B of vaccinations

Frigid night with many communities feeling like the 20s

Food Bank of the Albemarle's expansion will provide more vegetables, fruits and lean protein than ever before

How to prevent scammers from getting your stimulus check

Warmer Friday, before chilly air moves in for the weekend

Book Bus to make its way through Hampton on Jan. 28

Norfolk Police report 70+ cars stolen citywide since Jan. 1; victim says, 'The key was not in the vehicle'

Over 6,000 people have now died in Virginia from COVID-19 as state sees 4,147 new cases since Thursday

Rough Start Coffee Co. roasts up a new way to give back

Plunging temps this weekend, highs in the 40s

1,000 Virginia National Guard personnel to remain on duty in DC

"Am I Okay?"; An investigation into COVID-19 and mental illness

Local arts organization looking to give artists a place to live, work and advance their careers

Tips on how your smart speaker could make home life easier

What legal consequences could you face if you're COVID-19 positive? Attorney weighs in

Chesapeake School Board decides what's next for students

Tracking snow Thursday along with wind chills in the 20s