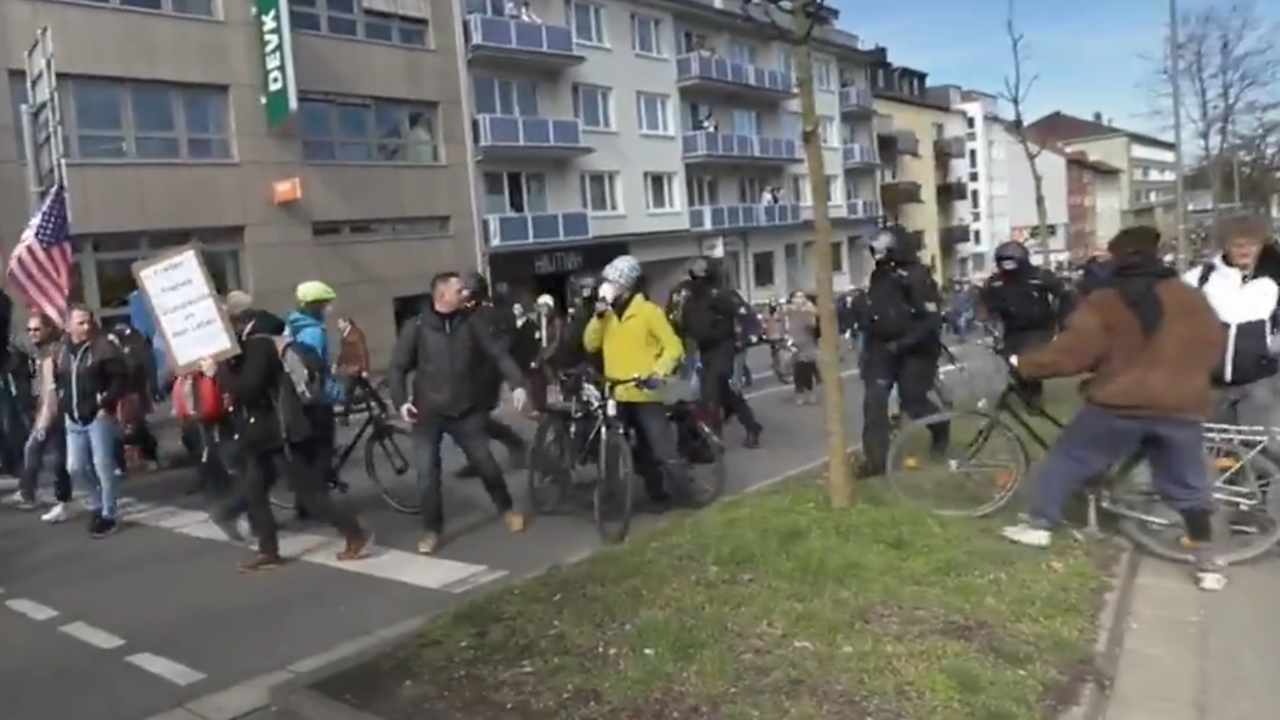 Up to 20,000 right-wing extremists and COVID-19 deniers marched through the Hessian city of Kassel on Saturday, attacking journalists and terrorising those opposing the demonstration.

In the city centre, demonstrators not only endangered the health of residents and passers-by, they also repeatedly attacked journalists and counter-demonstrators.Other videos show police officers being cheered by the right-wing extremists as they drag counter-demonstrators away and beat them, thereby freeing the path for the far-right mob.