MABUX: Uptrend to continue in Global bunker market on August 11

Clacton Carnival is back to mark its 100th anniversary

Almost 30,000 people in England left waiting more than 12 hours in A&E for a bed

Perhaps not the wildlife photograph of the year......

'What the heck is this?' Akron teacher fights false criminal charge after her ID is stolen

Pride of the nation

Tributes pour in for Singapore on its 57th National Day 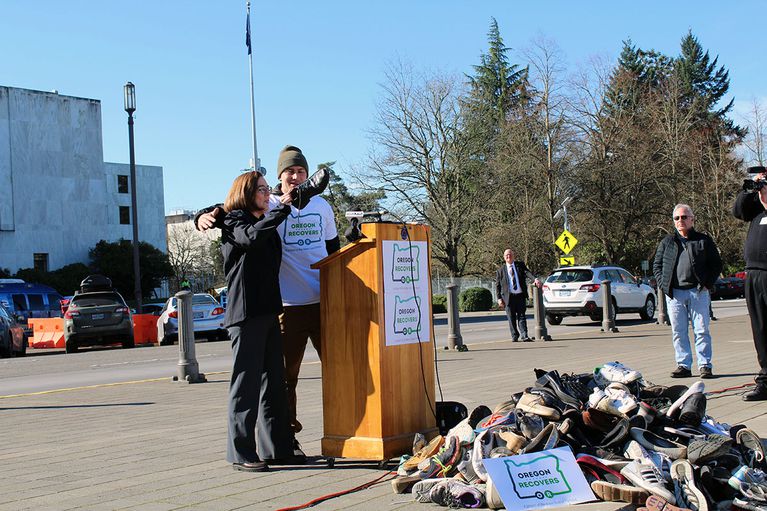 Despite a windfall of new funding that could combat Oregon’s meth-fueled behavioral health crisis, leaders have no plan and risk leaving promising approaches on the shelf.

“There is no plan at all, there is no coordination,” said Multnomah County Commissioner Sharon Meieran, an emergency room doctor who has long called for behavioral health reforms.But the separation between addiction treatment and mental health services has been baked into funding, training, staff credentialing, licensing certification and “the hearts and minds” of service providers over many years, Allen, the state’s director of behavioral health, said.

Soaring with the poetry of 'Astronauts' and 'Dust Bowl Venus'

Latest from the doctor: health Q&A with Leona O'Keefe

Sun and fungus, heat and bugs: take your concerns to our resident Master Gardener

Four people have died in the McKinney fire

Beyond the screens: Culture & Tech Decoded

Ashland storyteller advocates telling stories for all, in a new book

Oregon has a housing crisis. Can the next governor solve it?

Space station was the last good bond between the U.S. and Russia, retired astronaut says

Exchange Exemplar: Beyond the money, a quest for economic dignity

Celebrating a summer in full swing, in First Friday Arts

Sea otters can be reintroduced to the Oregon coast, but it must be done carefully, report says

Pursuing the Perseid meteor shower, from your own backyard

Beyond a thank you: what American veterans know and need

Democrats pass a major climate, health and tax bill. Here's what's in it

Could this COVID program help reduce the California housing crisis?

Exchange Exemplar: The numbers on the women who were denied abortions

Crab and shrimp and Klan and refugees on the Texas coast

Lapping up the sun (and water): gardening tips from Lynn Kunstman

Research shows students catching up to pre-COVID schooling, but slowly