Israel, a country fleeing its past

Justin Bieber coming to metropolitan area for 3 concerts in July

Everton in the FA Youth Cup

Chloe Zhao Is The Big Winner With ‘Nomadland’

Here Are The Winners Of The BAFTA Awards For 2021

A Spectacular Aces vs. Kings vs. Queens 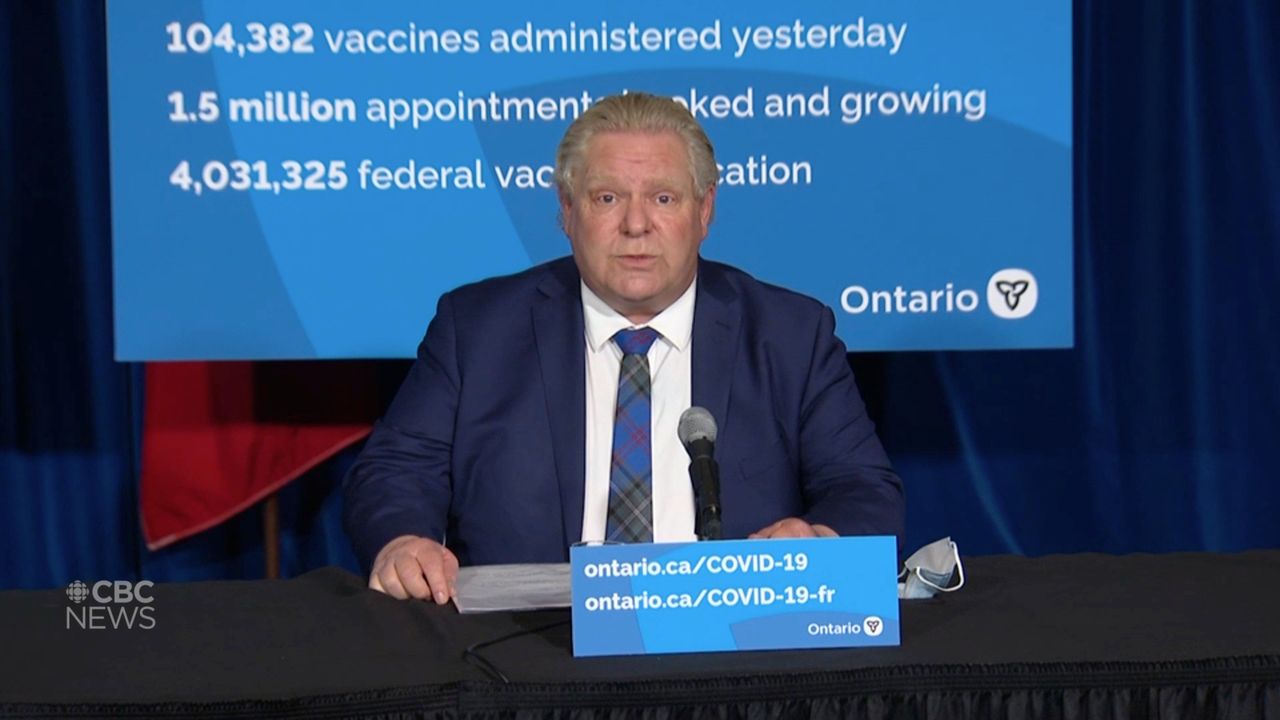 Ontario Premier Doug Ford announced a totally ineffectual stay-at-home order yesterday in response to growing warnings from doctors that the pandemic’s third wave has brought the province’s hospitals to the brink of collapse.

Ontario Conservative Premier Doug Ford announced a totally ineffectual stay-at-home order yesterday in response to growing warnings from doctors that the surging third wave of the COVID-19 pandemic has brought the province’s hospitals weeks, and possibly just days, away from collapse.Ford’s stay-at-home order, which included the reinstitution of the state of emergency he let lapse in February, imposes no new restrictions on schools and workplaces, even though these are the two main sources of the transmission of COVID-19 and its new more infectious and lethal variants.Williams to issue a provincial stay-at-home order, stating that stronger restrictions are immediately required to “reverse the surge” of cases spreading throughout their respective regions.They wrote: “A stay-at-home order issued by the province through an Emergency Order is necessary to prevent and mitigate large scale morbidity and mortality and irreparable strain on the health-care system.

” They added that each person who gets infected with a VOC has a higher chance of hospitalization, ICU admission and death.This has been confirmed by Ford’s own COVID-19 panel of experts, the Ontario Science Table, which recently reported that the new variants or VOCs pose a 63 percent higher risk of hospitalization, a 103 percent higher risk of ICU admission, and a 56 percent greater risk of death.