The Latest: Jon Bon Jovi does what he can at Biden rally

Delicious Coca-Cola flavours you're probably missing out on

NASA collected asteroid dust, but it's leaking on its return journey

Study confirms CCPD building too small, lays groundwork for applying for future grants to pay for an upgrade

No longer a Shaw thingThe Roar

Only sustainable palm oil can save the Orangutan from extinction 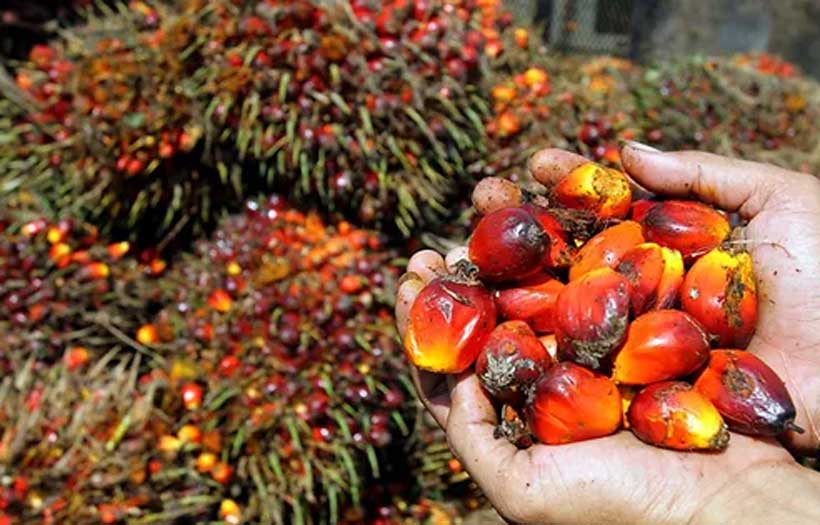 Last week an Roberto Gatti, made headlines in Malaysia when he proclaimed that there is “no such thing as sustainable palm oil

66 Share this: p p Following the end of the Second World War Vietnam which was a colony divided into multiple countries came together under the independence initiative undertaken by its leader Ho chi Minh from August 15-30, 1945.Sensing the opportunity, Ho Chi Minh urged the population to rise in revolt and helped to organize the league of the independence of Vietnam.Ho Chi Minh started this popular movement against the French and was more concerned with liberating the country against the French.Ho Chi minh who was a communist but was a nationalist wanted to create a space for the Vietnamese National movement and the interregnum between the withdrawal of the Japanese forces and the arrival of the French forces provided the VietMinh with the opportunity.

Ho Chi Minh along with its Vietnamese People’s army marched to control of northern parts of the country and urged all the people across the country to unite for National uprising.It further ensured that Ho chi minh formally declared independence on September 2nd,  1945 and in the process declared that Vietnam would abide by the ideologies of self-determination and freedom.

A Day to Remember

Mali coup: Democratic order must be restored ‘as fast as possible’

Accelerating Mongolia’s Development Requires a Shift “from Mines to Minds”

Azerbaijan Makes Progress in Health and Education, but Needs to Invest More

What awaits Ukraine after US presidential elections?

The Forgotten African Slaves of Lebanon

Minor Successes And The Coronavirus Disaster: Is Trump A Dead Duck?

The Politics of (In)security in Mexico: Between Narcissism and Political Failure

Political will is needed to foster multilateralism in Europe

France, Germany and the UK note verbale to the UN on the SCS issue

Freedom of religion in the African Human Rights System

The current situation in Syria

The UAE-Israel deal’s historicity is in the fine print

The Netherlands is well prepared to reduce CO2 emissions

Who is interested in the Nagorno -Karabakh conflict escalation?

Is Pakistan the next Yemen?

How China Continues To Undermine India’s interests In The Brahmaputra

Mali Opens its Doors to Russia

Pakistan can maximize the benefits of CPEC by involving China experts

China’s Belt and Road pinpoints fundamental issues of our times

Nigeria at 60: The Dialectic of a Failing Renaissance

How Iraq Can Turn Economic Diversification into Growth and Stability

Lesson from acquittal of Babri-masjid-demolition accused

An Indian perspective on Afghan peace-process

Kashmir and UN’s Responsibility to Protect

Pandemic recovery must be measured in ‘human rather than economic terms’

Meeting of Politicians with ArmyChief

As Businesses Embrace Sustainability, a Pathway to Economic Reset Emerges

Innovation and Inclusivity in the Age of COVID-19: Southeast Asia’s Path to a Resilient Digital Economy

Regional Trade Agreements in the Asia-Pacific: An Evaluation

The United Nations and the Neglected Conflict of Kashmir

Chabahar Port and the India-Iran relationship

Russia and European Companies: It Takes Two to Tango

In Turkey, the death penalty on the agenda

The theatrics before the Quad Meeting

Refugee Crisis in Yemen and Its implication on Future World relations

Cambodia: practical ideas for MSMEs on how to recover from the COVID-19 pandemic

Rethinking accountability, revolution and challenging the status quo in Lebanon

Afghanistan Peace Process: Who Will Get More?

QAnon and the 2020's electoral race in the United States

Germany continues to expand its military presence in Lithuania

Will the US- China rivalry bring back interventionists policy to Southeast Asia?

Hidden Traces in the Armenia-Azerbaijan Сonflict

A book on Nepal's diplomatic story of co-existence

Tandin Bidha: The Grace of Bhutan

A Chill in Georgia-China Relations