Justin Bieber's model ex shows off beach body in Miami, plus more celebs in bikinis and swimsuits in 2021

Real or fake: which Christmas tree is most sustainable? 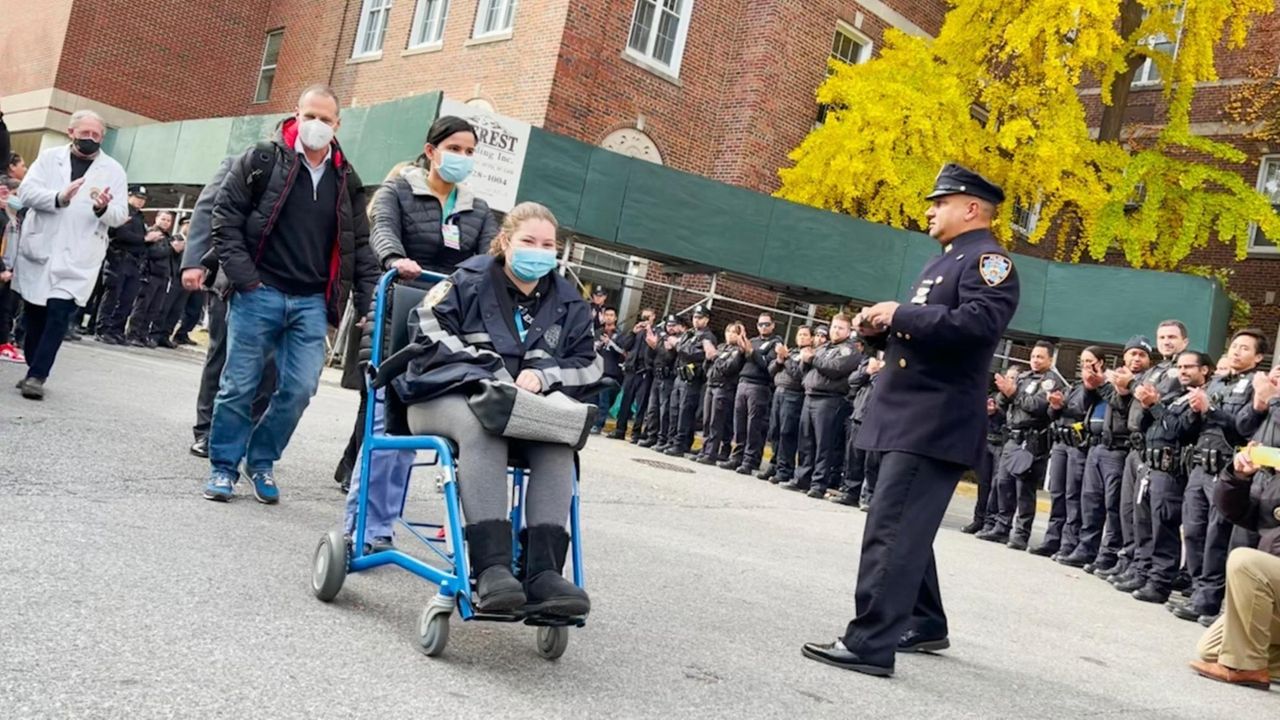 One of the two NYPD officers shot during a Bronx gunfight Wednesday night was released from the hospital Thursday. Officer Alejandra Jacobs left St. Barnabas Hospital in the Bronx to cheers from dozen

" Jacobs was shot twice and "returned fire five times, striking the assailant," Police Commissioner Dermot Shea said in a news conference late Wednesday.Police had responded to reports of a man with a firearm, and upon approaching a 23-year-old man sitting on the steps of a residence on Beaumont Avenue near 187th Street, the man opened fire, Shea said.The other officer was shot once underneath his left armpit, with the bullet exiting through the left side of his chest, Shea said.The suspect's gun was stolen in Georgia and "made its way to New York City to cause carnage on our streets," Shea said.