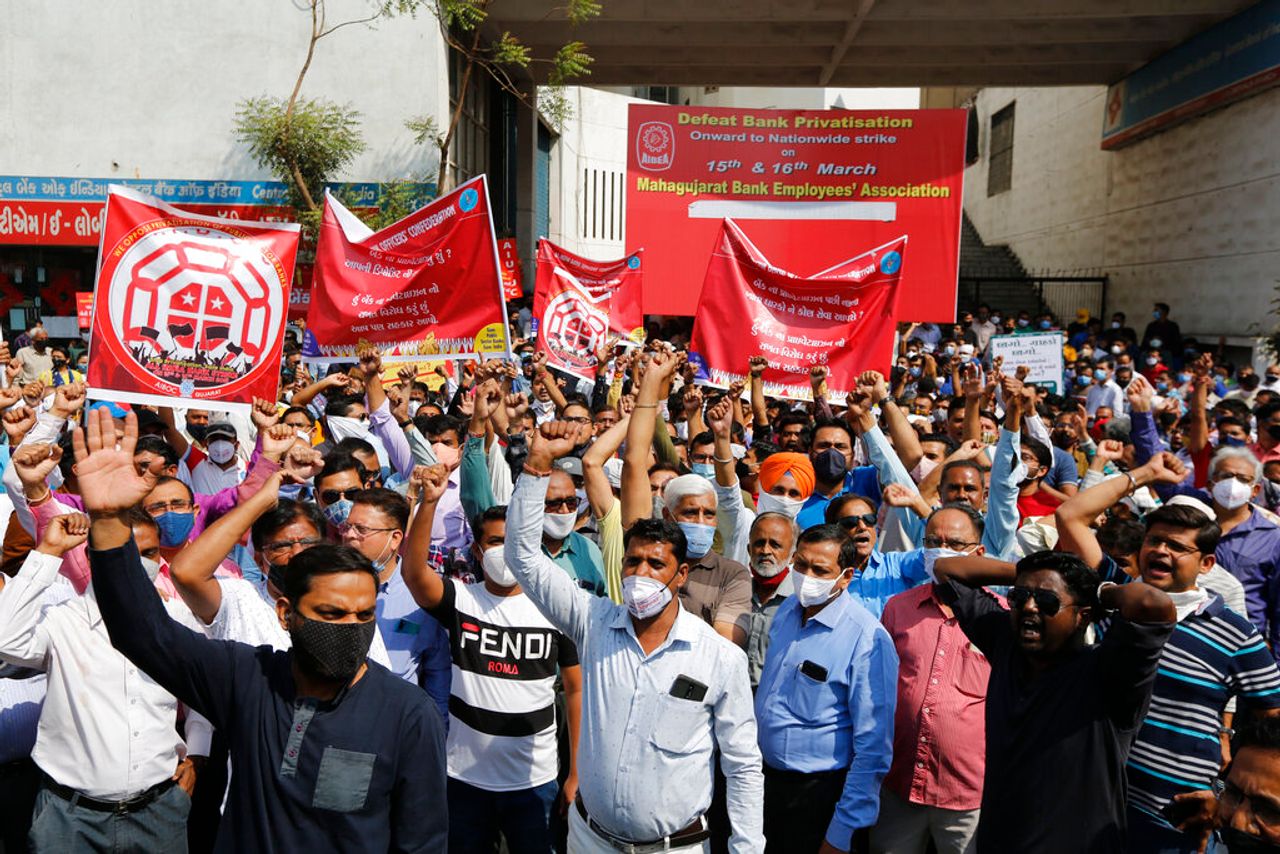 About one million public sector bank workers joined a two-day national strike on Monday and Tuesday against the plans by Prime Minister Narendra Modi’s government for mergers and privatisations of state banks.Tomorrow, workers in public sector insurance companies will join a strike against privatisation.The trigger for the bank workers’ strikes was the decision, proposed in the national budget presented by Finance Minister Nirmala Sitharaman on February 1, to privatise two more public sector banks.The government has already privatised the IDBI Bank by selling its majority shares in 2019 and has merged 14 public sector banks in the last four years.