Azerbaijan Puts On Record Dozens Of Monuments On Its Liberat...

Georgia Institute of Technology: The Search for Relief Against Extreme Heat

Thank you to the blood donors 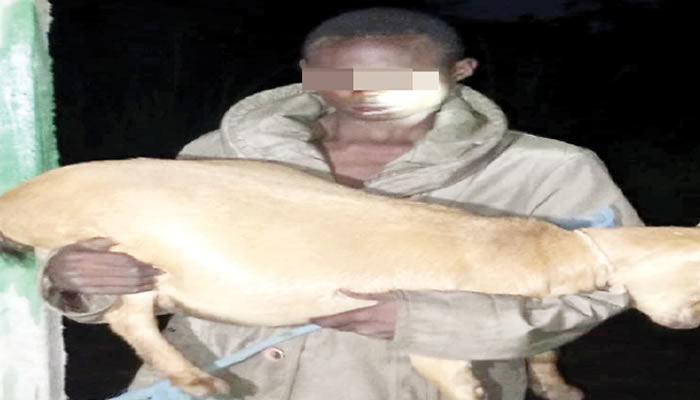 Men of the Ogun State Security Network, aka Amotekun Corps, have arrested an 18-year-old suspect, Ibrahim Ismaila, for allegedly having sex with a goat.

Ismaila was arrested at Ilu-Tuntun Olorunsogo, Ajowa, in the Ifo Local Government Area of the state on Friday, June 17.The state Commander of the corps, David Akinremi, in a statement on Tuesday, said Ismaila was arrested following the alarm raised by one Jimoh Opeyemi, who caught the suspect in the act.Related News Ogun teenager arrested over alleged bestiality UPDATED: Actress Cossy Orjiakor demands justice years after alleged bestiality Man allegedly rapes two goats to death He said, “On the day in question, one Jimoh Opeyemi of Ilu-Tuntun Olorunsogo was going to a building site where he worked as an iron bender when he saw the suspect having carnal knowledge of a she-goat.3rd August 2022 3rd August 2022 Men of the Ogun State Security Network, aka Amotekun Corps, have arrested an 18-year-old suspect, Ibrahim Ismaila, for allegedly having sex with a goat.

“He immediately stopped to have a clear view of the scene and subsequently raised the alarm, which attracted people in the area, including an operative of the Amotekun Corps on a patrol, hence the arrest of the suspect.According to him, the suspect presented himself to one Olufeyisan Oluwaseun and four others as an employee of IBEDC with a promise to facilitate access to procurement of electric poles and meters from the company.