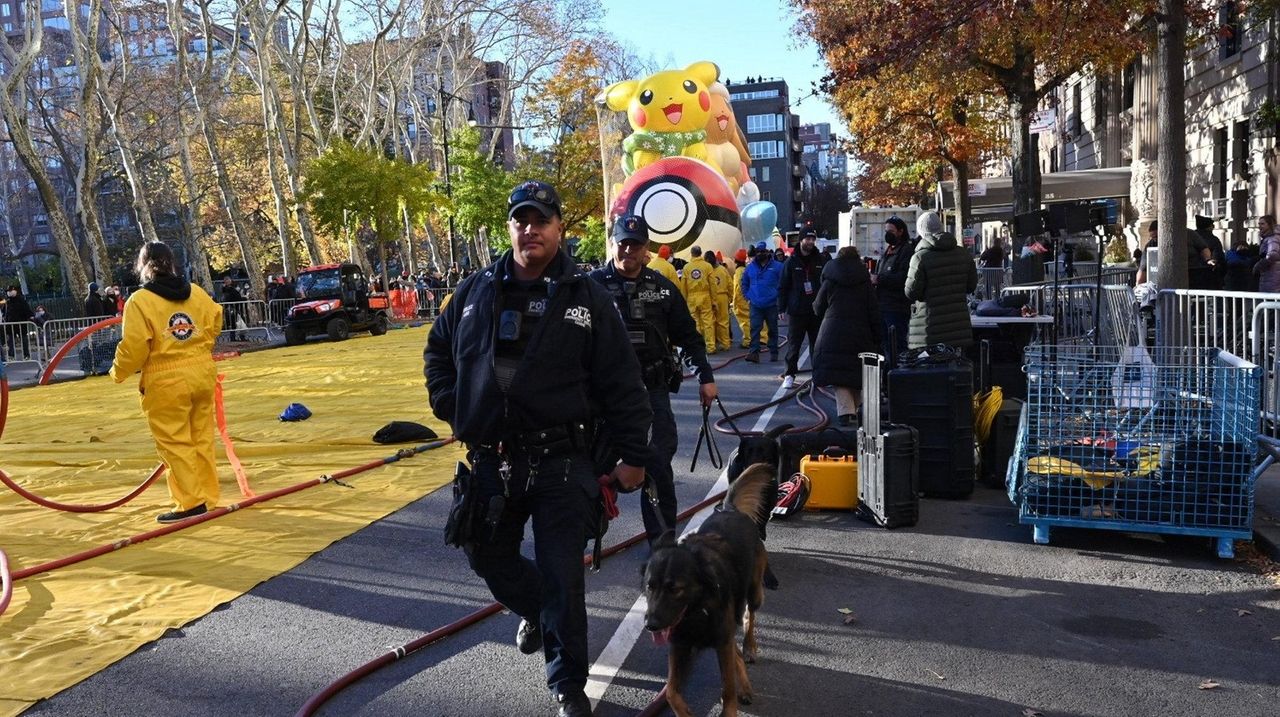 Concrete barriers, sand-laden sanitation trucks, and thousands of uniformed cops will together form a visible security component for the return of crowds to the Macy's Thanksgiving Day Parade after la

Thousands of cops are set to be positioned along the parade route, and 180 tons of concrete barriers emblazoned with the NYPD logo will block access streets."They are going to see things that are quite visible, men and women in uniform, walking around on the parade route," Shea said at the briefing.The stepped up safety measures include heavy weapons and radiological detection teams, and special bomb sniffing canines, said Chief Martine Materasso, head of the department's counterterrorism bureau, Police are also placing an additional 300 security cameras along the parade route, Materasso said.A small audience witnessed last year's parade but de Blasio and Shea both said they anticipate this year’s crowd to be a return to the more traditional size, although neither man ventured to make an estimate.

" Dress warmly, said Shea, adding the admonition to avoid spiking the hot chocolate.It is something to be proud of," de Blasio said.

NY National Guard to be sent to A. Holly Patterson nursing home, others statewide

Long Island forecast: Sunny on Sunday but a mix of rain, snow later in week

One dead, one injured in Farmingville shooting, Suffolk police say