Robredo says has no COVID symptoms, yet to see test results

Coronavirus: Downing Street suggests trick or treating can take place in some parts of England

Audi could be taking over Bentley

Tesco takes to the skies with home delivery by drone

Samsung Display gets U.S. licenses to supply some panels to Huawei: source

'With Messi, we'll win a title this season' - Bartomeu explains why he had to keep the Argentine star at Barcelona

ANA to use animal-fat fuel to cut CO2 emissions

Man who killed his family in Markham, Ont., apologizes during sentencing hearing 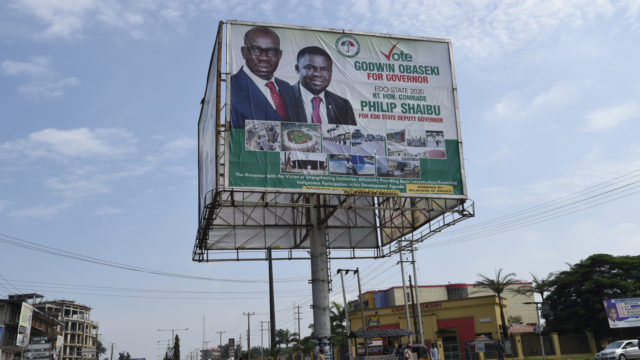 THE Pan-Niger Delta Forum (PANDEF), yesterday, declared that Governor Godwin Obaseki’s victory in the just concluded Edo State governorship election would galvanise the South-South governors to work towards a common agenda for development of the Niger Delta region.He recalled that when the South-South governors initiated the Bayelsa, Rivers, Akwa Ibom, Cross River, Edo and Delta (BRACED) Commission, the Niger Delta people were happy that development would be better facilitated until zone lost Edo State to the All Progressives Congress (APC).Besides, the Coalition of Accredited Civil Society Domestic Election Observers’ Group for the Edo State Governorship Election and Yiaga Africa, have urged all political parties to accept the results of the poll in good faith.Meanwhile, the Network for Best Practice and Integrity in Leadership (NEBPRIL) commended INEC, security agencies, political parties and the voters on the successful conduct of the Edo State governorship election, urging stakeholders to allow the electoral gains to be a benchmark for subsequent elections.

“INEC was swift and decisive before, during and after the election and political parties kept their promise of promoting peace, while the voters and security agencies created a positive and safe atmosphere during the exercise.Spokesman of the coalition, Victor Kaku and Co-Chairmen, Yiaga Africa WTV Working Group, Aisha Abdullahi and Ezenwa Nwagwu, explained at the post-election media briefing shortly after Obaseki was declared winner, that the results declared by the Independent National Electoral Commission (INEC) were consistent with their Parallel Vote Tabulation Estimates (PVTE).