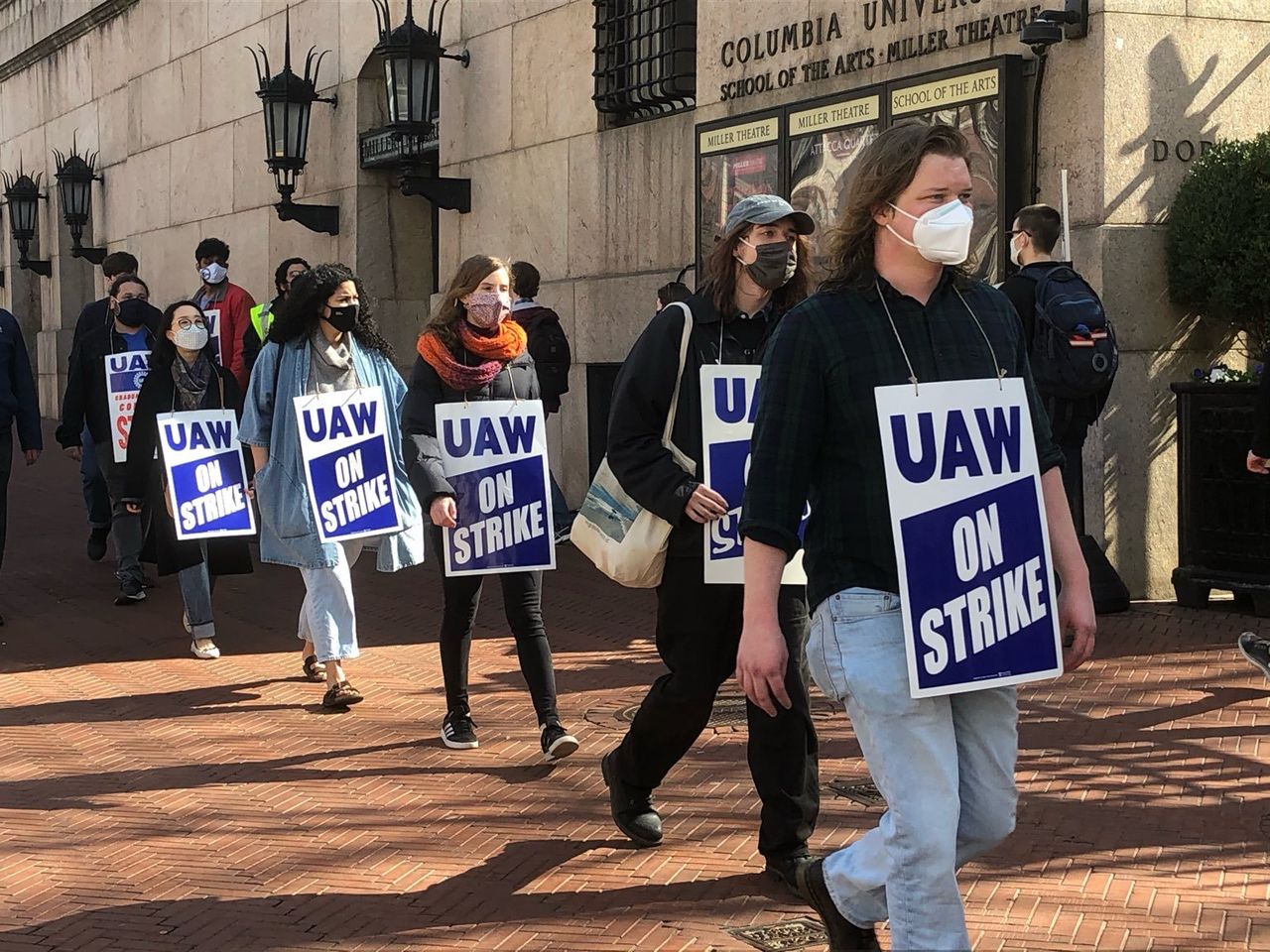 The week-long vote is being carried out by some 2,000 graduate students in the GSOC-UAW union who work as teaching and research assistants at the university, by which time the union is hoping to have ended the strike at Columbia.

In fact, at a meeting last week at NYU, Rosenstein discouraged GSOC members from trying to make their strike coincide with that at Columbia University, saying they shouldn’t be influenced by “outside factors.When IYSSE members told graduate student workers at Columbia University about these remarks, Kaagni, a graduate worker in the English studies department, responded, “Giving up now or giving in now because the administration or union say so would be the exact opposite of what we need.“ The International Youth and Students for Social Equality has intervened at both Columbia University and NYU to discuss its recent statement that warns of the isolation and sell-out of both strikes by the UAW.Jackson, a graduate student in the Department of Applied Physics and Mathematics at Columbia University, said, “It’s important to fight for the things we’re owed: a living wage, health care, etc.

Bollinger [Columbia University President] makes $4.Amber, a graduate from Columbia’s Teachers College who now works as a charter school teacher in New York City, sent in a statement of support for the strike following last week’s meeting of the N ew York Educators Rank-and-File Safety Committee: “As an alumna graduate student of Teachers College, Columbia University, I stand in solidarity and support of the GWC-UAW strike.