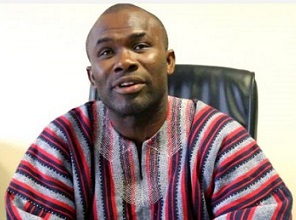 • Prof Peter Twumasi The National Sports Authority (NSA) says it requires GH¢45,000 for the rehabilitation of the Sunyani Coronation Park to host Division One League (DOL) matches.TanoBoafoakwa, B/United, and Young Apostles as well as Baffour-Awuah Soccer Academy at Nsoatre in the Sunyani West Municipality have qualified to play Division One League matches at the Coronation Park.Meanwhile, rehabilitation of the Coronation Park has attracted the displeasure of some chiefs, residents and natives of Sunyani, who said they feared that would terminate the proposed construction of a standard stadium in Sunyani.Foster Kwame Opoku Boateng, the Bono Regional Director of the NSA, has therefore appealed to organisations and philanthropists to support the NSA financially to rehabilitate the venue to meet the Ghana Football Association’s (GFA’s) standard.

“But it seems successive governments do not recognize our contributions to the growth and development of Ghana football,” he added.Boateng said “a lot of work had to be done for the park to host the matches.