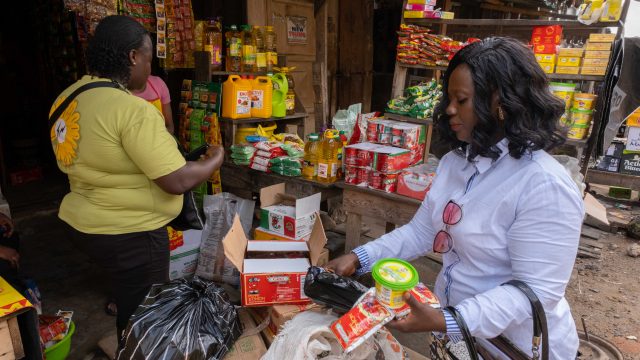 The capacity of many households to purchase daily and essential needs is becoming tougher, going by the erosion in the value of incomes

93 per cent recorded in May 2021, compared with a 40 per cent rise in the minimum wage from N18,000 in 2015 to N30,000, which many states are finding difficult to pay, many Nigerians today are struggling with hunger.Though the minimum wage was adjusted to N30,000, many governors have failed to meet the obligation, while those in the private sector have not had it better, as incomes were revised lower due to the impact of the pandemic on many businesses.A comparison of the prices of some foodstuffs between 2015 and 2021 showed that a bag of rice (foreign) was N10,500, but now N30,000, while a bag of local rice that was N6,000, now sells for N22,000.At between N18,000 and N30,000, many workers can barely spend on feeding, transportation, energy consumption, and other amenities, with little savings.

19 to $1 now, with a minimum wage of N18,000 and N30,000, respectively, showed that Nigerian workers are at the receiving end, with low purchasing power and high cost of commodities.Already, the N30,000 minimum wage is supposed to be for Grade Level 1 Step 1 workers, which is meant for the unskilled workers like cleaners or gatekeepers, but such are paid to graduates and some with second degrees, where a Master’s degree worker earns about N25,000 as salary.