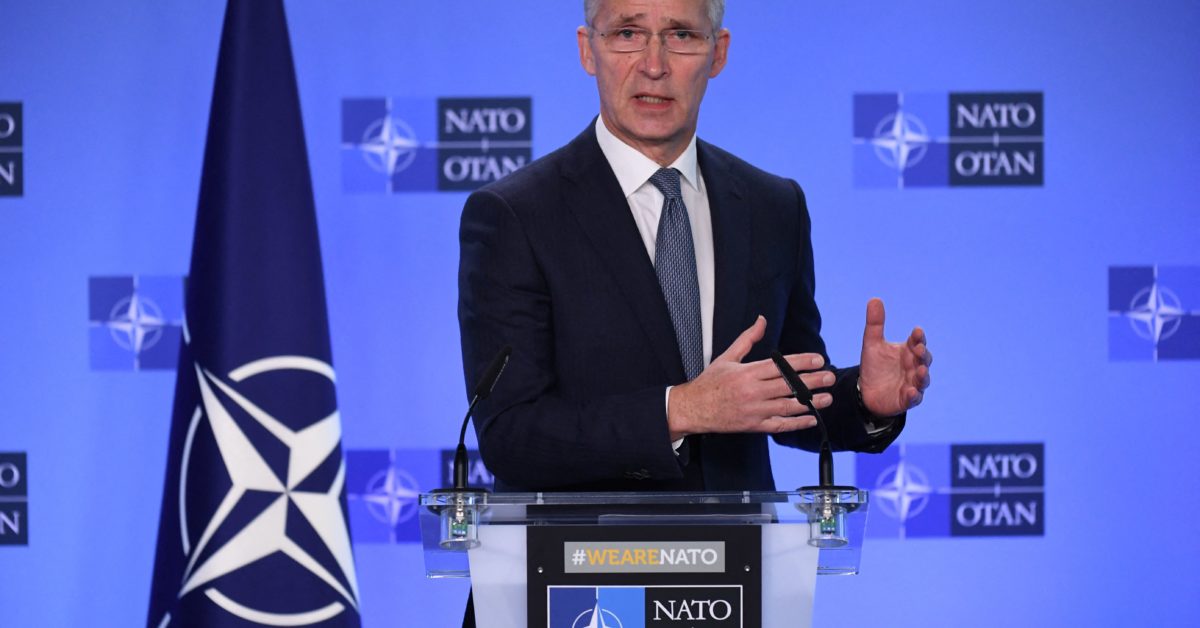 ‘What we are hoping for is that we can agree on a way forward,’ says NATO Secretary General Jens Stoltenberg.

The best outcome of talks between NATO allies and Russia this week could be a deal to simply hold more meetings in the coming months on Moscow’s threats at the Ukraine border, NATO Secretary General Jens Stoltenberg cautioned Monday.” Tensions between the West and Moscow are peaking once again as Russia has piled over 100,000 soldiers at the border with Ukraine, prompting fears of a potential invasion.For her part, Stefanishyna said NATO allies should not consider Russia’s demands until Russian President Vladimir Putin orders a pullback of its troops, tanks and other military equipment massed on Russia’s border with Ukraine.Ahead of Wednesday’s get-together, Stoltenberg met Monday with Ukrainian Deputy Prime Minister Olha Stefanishyna to coordinate their approach.

“I have negotiated with Russia before as Norwegian prime minister,” he said.“We should all realize that Russia’s demands to allies could not be considered as a negotiating position,” she said.