New antidumping and countervailing investigation against cane sugar from Thailand

The Perfect Scary Movie To Kick Off Halloween Season

For Iseult O’Donnell, It’s Never Too Late to Reach the Top – The University Times

Sunny Deol turns 64! Here are some of his best performances

Man arrested and rushed to hospital after crash on Ipsley Street, Redditch 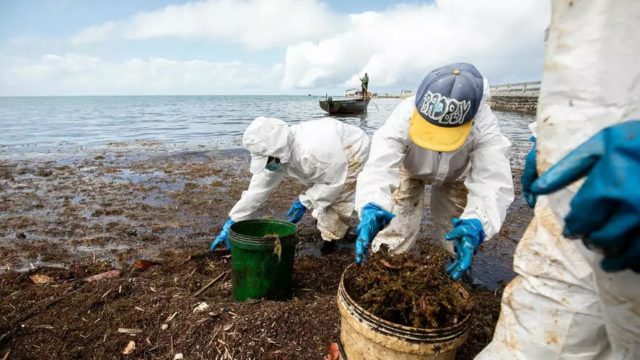 On July 25, a cargo ship loaded with thousands of tonnes of fuel ran aground off Mauritius, leading to the worst environmental disaster ever witnessed in the tiny Indian Ocean archipelago.

“Relatively speaking, it was not a big oil spill,” said Sue Ware, a marine scientist from the Centre for Environment, Fisheries and Aquaculture Science, a UK research institute.– Mauritius is an ecotourism hotspot but the immediate impact of the oil spill on this sector has been difficult to establish as its borders have been closed since March 18 due to the coronavirus pandemic.Frustration over the handling of the oil spill has heaped pressure on Prime Minister Pravind Jugnauth, whose administration has been dogged by allegations of corruption and nepotism.“The work is progressing satisfactorily, but it is a very delicate clean-up operation, we must make sure that it is done in a methodical and systematic way,” Environment Minister Kavydass Ramano said.

The stern remains on the reef and the government expects to announce a contract to remove it within days, Ramano said.“It is absolutely necessary that this region is restored so that (tourist) operators and villagers are not the victims,” Ramano said.