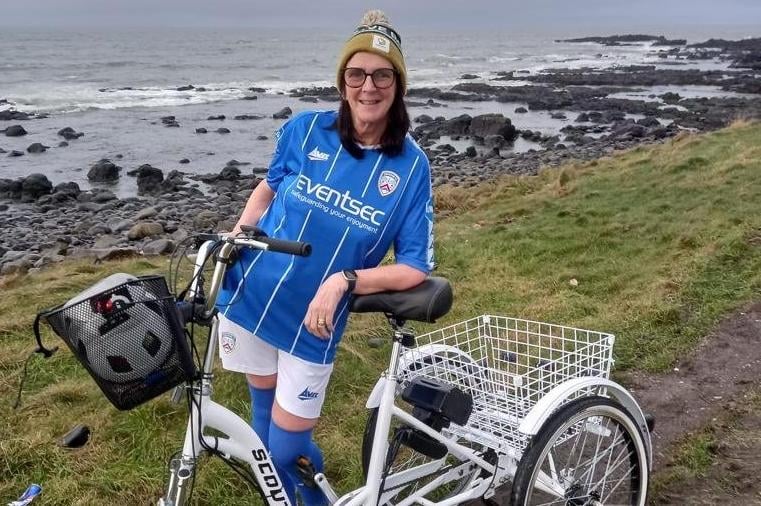 A Portstewart woman is in training for a ‘Triangle Trike’ challenge to raise funds for a local mental health charity.

Maureen Davidson has set herself the challenge of riding her tricycle around the Triangle on February 6 as a fundraiser for The Olive Branch charity.Well-known in Portstewart, Maureen, who is retired after holding a senior finance position in the private healthcare sector for 22 years, is a central figure in the sea-swimming group The Seabirds whose chosen charity is also The Olive Branch.Portstewart woman Maureen Davidson in training for her Triangle Trike challenge in aid of The Olive Branch charity “Their designated charity is The Olive Branch so I soon became aware of their free of charge, professional counselling services in Coleraine, Magherafelt and Ballymena.“Jillian McCarthy of The Olive Branch and Seabirds, Portstewart, was my rock throughout the toughest year of my life as I lost my beloved husband Colin after 46 years of marriage.

“As thanks to Jillian and The Olive Branch I am doing this charity trike ride to give something back and hopefully raise a good sum to help them continue with their great work in our community.Formed in 2017, The Olive Branch began with a vision to offer a free of charge, self-referral, no-appointment necessary professional counselling service.