Discovery Is Making Some Big Changes Over At DC

In View of the Deteriorating Humanitarian Situation in Afghanistan, India is Donating ... - Latest Tweet by ANI

Investigators working to find cause of Savannah house fire

What you should know as the disease spreads around the world

Welcome to the Chocolate City

Unusual For City: Mercury Shot Past 40c Twice In Mar 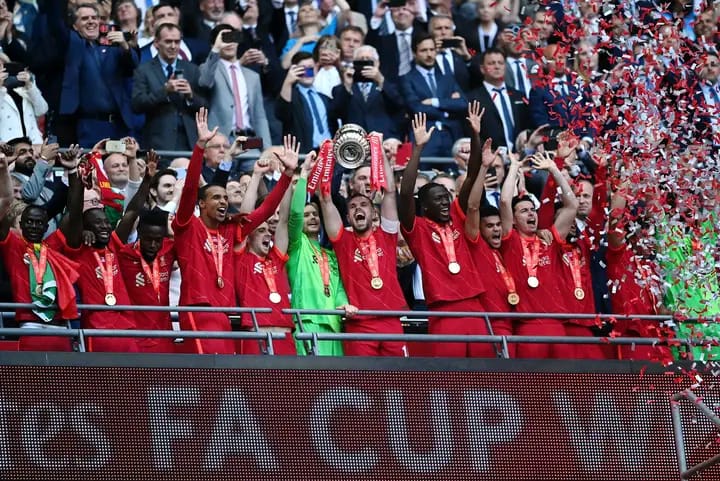 Jürgen Klopp and Liverpool are now going into the final of the Champions Leagues with two trophies already won and would hope for a treble on 28 May 2022 when they take on Los Blancos.Also, they are still a candidate to win the Premier League with just three points adrift of Manchester City.Read more Entertainment If you are a fan of Kendrick Lamar then you should be psyched about his new released album which arrived.Recommended Entertainment It’s hard to miss a celebrity’s birthday, especially when he/she is famous.

Read more Gist Nigerian actor and comedian, Ayodeji Richard Makun, popularly known as AY appears to be in a silent beef with Comedian.The last time both met in a FA Cup final was in 2012, when Chelsea won it by 2-1 at the Wembley Stadium.

2023 And A Motley Crowd Of Presidential Aspirants

Malami's mansion of mud and sticks

Not A Time To Say Goodbye: Special Tribute To Joe Anatune

Of Banditry and a Shared Sovereignty (1)

Nigeria: A Nation At The Mercy Of Political Party Delegates

Senator Odebiyi Commends The Federal Government For Opening Of The Borders.

“Ezi Chukwu, Nara Aja Anyi” By Lovely And Unknown Young Girls Is Causing A Stir On The Internet

Oil: Nigeria Gets Approval for 1.8 Million Barrels Per Day for June

Why I want to be president – Dr Abubakar Alkali, Convener Movement for a New Nigeria

Africa and the Cudgels of Covid

In 98 Countries, More than One in Three Workers Have their Deals by Collective Agreement, Says ILO

Godwin Emefiele and the Gale of Distraction

2023 Elections: Do Not Violate The Implementation Of The Fiscal Responsibility Act

The Pursuit Of Happiness

Umeh Moves To End Age-long Feud With Peter Obi, Says he Is Capable Of Governing Nigeria

MURIC Thanks Buhari For Extending Pardon To 54 Soldiers

Erik Ten Hag ends his campaign with Ajax winning his third Eredivisie title, and will join Manchester United next season

2023 APC Flagbearer: Too Early to Deny for Goodluck Jonathan

Nigeria: In these days of delirium

PDP and the Dangers of Disqualification of Aspirants

No Plans To Attack Northerners, Non-Indigenes In S/East- IPOB

INTERVIEW: “Nigeria’s problem is lack of proper documentations and not corruption” – Dr. Raph

Blasphemy Murder: Leaders call for calm as cries for justice vibrate across Nigeria

Girl Being Trafficked To Dubai For Prostitution Intercepted In Anambra By NAPTIP, NIS

CBN and others meet to discuss methods to combat payment fraud

DPG, ART and others are set to mobilise Christian Youths for PVC in Lagos State.

Ekweremadu and the echoes of equanimity

Peter Obi supporters are demarketing him

FG Partners WHO on Health Security in Nigeria

Nigerian Presidency For Sale; Asuu And Nigerian Students In Soup

Taraba and the tentacles of terror

The monkey on Nigeria's back

Religion as a chastising rod

BREAKING: Curfew declared in Sokoto as protest gets out of hand

Why Churches in Nigeria are Divided – Church Elder

The 2023 National Assembly of our Dream

Al Ahly qualifies for the CAF Champions League final for the third time in a row, to face Wydad AC

Your identity is love - Sunday Reflections

The Burden of Love! - Sunday Synopsis

Youths Play a Pivotal Role in the Fight Against Corruption – ICPC

Group drags Buhari to court for spending N1.48 trillion on maintaining refineries with no crude oil

CONFUSED JUNCTION: The lot of Africa's belief systems, East of the Niger

Another Blasphemy: Allow Police to Handle this

Domestic Violence: What We Fail To Know

Godwin Emefiele: Wishing Heart Attacks On Citizens During Economic Difficulties And Pain Is An Abuse Of Trust And Support

Returning to the vomit

Nigeria and the girls left behind

The president of the AIO discusses insurance penetration in Africa

Senator Odebiyi Concerned About Insecurity In The Land

Weird Personalities And Their Policies And Practices

Market turnover increases by N27.2 billion thanks to Transcorp, GTCO, and others

Let Us Give Thanks

The British Art of Black Propaganda

Granit Xhaka: We don't deserve to play in the Champions League or even Europa League

BREAKING: Many feared Dead as Bomb Explodes in Kano

Brutality & Suzerainty Wars: Signs Of Killer Instinct Out Of Insecurity

Malagi, on the cusp of history

Nigeria; Between the Present Administration and Dagon Experience

TOLERANCE: No Religion Is Better Than The Other

Child is the Father of Man

2023: Engr Nuruddeen promises impactful representation as he joins race for the legislature

Just In: Traders and Okada riders clash in Abuja, Many feared dead