Russia: Parole hearing must be used to release young prisoner of conscience

Opinion: Indians in America are moving beyond caste and Hinduism is part of the solution

Brexit news: Barnier admits EU MUST give in to compromise

If I were PM for one day, I would ban burqa & hijab

Petra gets shot in the arm, ends formal sale process

3 Players Who Won't be on the Royals Roster Next Season 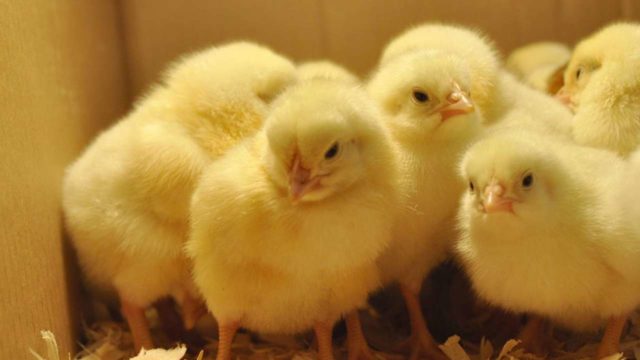 Amid the current challenges facing the poultry industry, Poultry Association of Nigeria (PAN), Lagos State Chapter, has promised to make the poultry value

Related Poultry association demands three per cent interest loans, others Harnessing scent leaves for export, domestic use NDBDA board commends Songhai farm project’s progress Amid the current challenges facing the poultry industry, Poultry Association of Nigeria (PAN), Lagos State Chapter, has promised to make the poultry value chain more viable, by engaging in activities capable of making the business to flourish.According to Egbebe, who said the industry plays important roles in the day-to-day lives of the entire populace, he assured that himself and other executive members would in the next two years embark on series of projects, which would portray Lagos PAN as a force to reckon with in Nigeria and beyond.Egbebe said: “In the next two years of which we are going to be calling shots as far as Lagos PAN is concerned, we are going to engage in numerous projects, which would make us pride ourselves as number one in Nigeria and even beyond the shores of the country.“It is also our target to secure a permanent site for Lagos PAN, ensure capacity building of members through trainings, workshops and seminars both locally and internationally.

Godwin Egbebe, who disclosed this shortly after the Annual General Meeting (AGM) of the association, in Lagos, assured that it would do all within its reach to ensure rapid development in the poultry value chain, within the state and the country’s agricultural sector.Also, we are going to ensure a formidable working relationship with government, as it is a known fact that we are Siamese twins in the development of the agricultural sector, especially the poultry value chain.