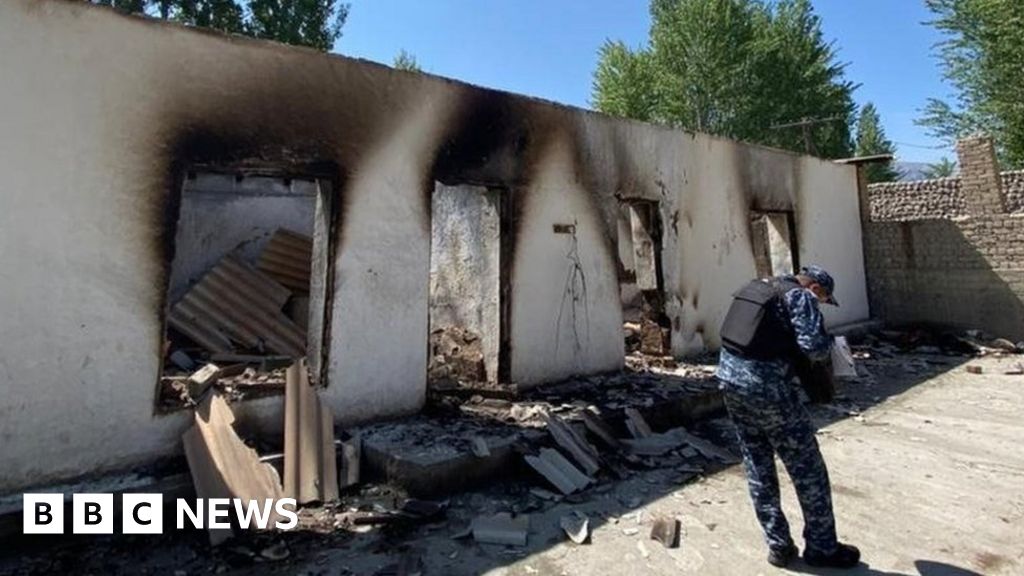 At least 46 people were killed while homes, schools and checkpoints were destroyed in the dispute.

While a ceasefire agreement came into force on Friday, there were reports that violence had continued in several villages.The two sides reached another ceasefire agreement on Saturday evening, which appeared to be holding on Sunday.The fighting has focused on water facilities in territory claimed by both Kyrgyzstan and Tajikistan.Kyrgyzstan Tajikistan Deadly clash on Kyrgyz-Tajik border amid water row Published Published Published

Kyrgyzstan-Tajikistan: Images of destruction after border clashes Published About sharing image captionSome 78 homes in the region were reportedly destroyed by fire The death toll from recent clashes at a disputed Kyrgyzstan-Tajikistan border has risen to 46, with hundreds of people injured and dozens of homes destroyed, officials say.As many as 10,000 people were evacuated after violence erupted in a disputed area around the Batken region of Kyrgyzstan on Wednesday.